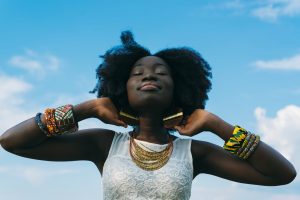 Identity is one of those things that is always there from birth–we get many tags if you will–a gender, a race and nationality, a weight, a health check and eventually a name and all sorts of abilities and so on. Still, as if it has never been there before identity, as a huge concept, pops up on the teenage radar screen with blinking red lights: Warning! Warning! This is your gender, your sexuality, your race, your ability and here is what it means.

The pressure is on to identify with different parts of you and if there is an internal clash or negative connotations about something you identify with, this can cause problems.

More on this coming in our UIO: On Undiagnosed Mental Illness podcast with Eleanor Segall.  In the meantime, however, it is important to make the point that identity and mental health are linked, if only because clashes and negativity can cause anxiety, worries and so on.

In some instances, anxiety and stress can escalate into depression, even self-harm. And even in the majority of instances when it doesn’t escalate, the stress over identity is to be taken seriously. At the very least, bad moods and low self-esteem can set in.

And though it is easy to say don’t worry about it, that is easier said than done. It has taken me many years to really understand this and even now I have my moments. Rachita Saraogi and Rebecca Thomson, in our upcoming UIO: Your Identity Inside Out podcast, advise not owning the negativity, leaving it with the people who perpetuate it. You might not be able to change them, but you can change your views on how you view yourself, who you are.

Reflecting on my teenage years, I remember obsessing a lot about hair— its length, its texture and so on. While I can’t say that I have ever consciously disliked my hair for its texture or length, I was not immune to beliefs about Afro hair, if you will, the talk about good hair and bad hair.

Admittedly, there were times in my life when I wanted a certain hairstyle because it was popular and considered the highest mark of beauty. For example, long straight hair was the in thing but as I wasn’t in charge of my hair, my mother was, I didn’t get it.

I doubt if it had anything to do with the political belief that relaxed hair is somehow symbolic of a European standard of beauty. Her reasoning more or less had to do with growing up too fast and economics.

Nowadays, many teen girls have returned to natural hair, as part of a resurgence of the natural hair movement in black communities around the globe, which proposes that hair is healthier for the individual physically and mentally in its natural state.  Furthermore, some believe that natural hair suggests a stronger sense of identity with one’s heritage and straight hair suggests the opposite.

Though I don’t agree with the line of thinking, I think it is wonderful to see teen girls and women with Afro hair in its natural state—the ponytails, the braids, the Afros, but just the same I love seeing hair in all of its versatility as long as it is healthy and well maintained.  That is what is key for me and mainly why I continue to relax my hair—it is either for me to maintain, though I have worn braids over the years, returning my hair to its natural state and in high school, I sported an Afro.

Regardless of style, I identify strongly with my hair and what I have learned about this over the years is that it is mine, part of my beauty, part of my health, and rightly or wrongly it is a big, big, big part of my self-esteem. Thus, regardless of trends, movements, beliefs, politics, I need to be happy with my hair—not the world.

And nowadays, I don’t make any excuses or apologies for that. End of story. Underneath the hair is where my real identity lies and it is up to me to embody that. That’s the spirit!

Stay tuned for UIO: Your Identity Inside Out podcast coming soon.