Dating: No Need For Head Over Heels

Or Heels Over Head Either 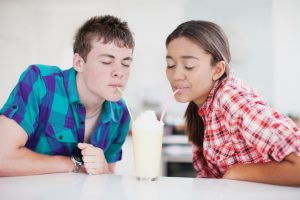 I can’ t ever remember not having a romanticised view of dating. From fairy tales to music, storylines and lyrics are loaded with messages about the perfect partner. Over the years, finding Prince Charming, AKA Mr Right, has been the topic of loads of conversations and not just mine. Filmmakers, for example, widely use the topic for their romantic storylines:  My Best Friend’s Wedding, Pretty Woman, Titanic, Broke Back Mountain and Something New, a more niche film about interracial relationships. The list goes on with hints that there is someone (and I stress one) for everyone, and when you find that one, love will conquer all of the obstacles–jealousy, class division, homophobia and even racism and the likes of its close cousin colourism. Also, it will stamp out self-esteem problems.

Far be it for me to be pessimistic but here is the thing—the notion that there is only one perfect person out there for each of has to be wrong. First things first, there is no such thing as a perfect partner. Really!

Therefore, pursing an unrealistic goal as if this is the ultimate life goal can be self defeating. So then how do you approach dating?  For starters, it helps to understand that every relationship, every friendship is not a means to an end says founder of The Romance Academy, Rachel Gardener, our guest in UIO: On Sex and Sexuality. Dating is as much about learning loads about yourself as is about learning to relate to another person.

Oops, I didn’t get that memo back then but it is nice to have it now. In those days it was all about ticking boxes. Needed to be popular, somewhat smart but didn’t matter as much if he was the star athlete. Other people around me looked at economic status, even race and religion to name a few. And then there was something about happiness in the pile, as if another person held the key to it.

Somewhere along the way I discovered that finding a suitable partner is not about rushing in ‘heels over head’ in the name of finding the one and only person. The good news is that dating, though daunting at times, presents an opportunity to make friends, to build character, have fun and to grow by leaps and bounds.

What does that have to do with my life you might be thinking through tears as you read this, having been dumped by the love of your life or forbidden a love, if you will, due to sexuality, for example.

Evidence tells us that few school relationships lead to life partners. There are exceptions but hooking up with a one and only early in life is not the rule. Still, making friends of the same and opposite sex while young is so important to learning to get along with others, to relate, to tolerate other opinions and other ways of life without the filter of looking for a life partner.

In those friendships, whether there are romantic ties are not, as mentioned you can learn a lot about yourself and other people, too, such as the importance of having boundaries and respecting them, keeping confidences, becoming trustworthy and trusting another person, and finally learning to love others and more importantly learning to love yourself.

Now on the romance of it, teen dating need not necessarily lead to sex. I say this because so often the belief is that it will inevitably, hence the warnings of the physical downsides of indulging unsafely—early pregnancies, STDs and so on. However, without reference to the emotional consequences of pre-mature sex—how sex is tied to deep communications and therefore self-worth—it continues to be glammed up as long as it is safe.  The truth is that without maturity, commitment, understanding and love, it can do more harm than good, as well.

As for sexuality, there tends to be a belief that sex, if only via a strong attraction, affirms sexuality. Not necessarily: data shows that as people are growing up, we might have strong feelings for people of the same sex or the opposite sex but that doesn’t define our sexuality. People change. Some might argue all the more reason to explore.

My advice is to ‘wait awhile’ and get to know yourself, learn to relate to other people, have fun dating, growing and learning. While it’s not about diving in ‘head over heels,’ as the cliché goes, it is not about approaching dating ‘heels over head either’. Literally, we stand on our heels, not our heads. As for our heads, we use them wisely. Enjoy!

More on dating to come in our upcoming podcast, UIO: On Dating Inside Out. Stay tuned.

Written on August 24, 2018 at 12:55 pm, by SLewis
Categories: Blog, Homepage, On Life, On Lifestyle, On Wellbeing, Teen Girls, UIO: You Inside Out   |   Tags: dating, friendship, head over heels, perfect person, Relationships, romance, romantic comedy, sex, sexuality, teen girls, UIO: On Dating Inside Out, UIO: On Sex and Sexuality