Never Give Up: Rise Above The Odds 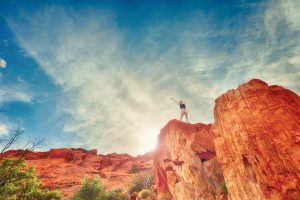 Rising above odds is a varied subject. Odds, in some way, can be like challenges stacked against us in any given situation. In UIO’s upcoming podcast with barrister and entrepreneur Hannilee Fish, we talk about dealing with sexism, peer pressure and mental illness as well as overcoming her own dyslexia and finding opportunities in poverty.

Seeing an opportunity in a difficult situation can often be the difference in feeling stuck or coming out on the other side. This year, I celebrate 21 years of living in the UK and while I can’t say that I have ever found myself in a seriously difficult situation, barring the odd exception at the border when I truly thought I might be sent back to France, to be deported to the US, I have had to learn the ropes in a situation where the odds were stacked against me, if only marginally.

Early on as a writer and a student, I learned some of the embarrassing differences between American English and British English. One that sticks out is referring to trousers as pants in a room full of men. Sounds minor, right. Most times it was but the lesson is that the two languages are not one in the same and the opportunity for me was that I inherited a very British family. I rose quickly.

On a similar note, I had to relearn the metric system. How many grams would you like Madam? Gulp! I would graze around the shop and find a bag of coffee that had 200 grams and until this day, I still think in pounds weight wise but I do understand kilos and stones, believe it or not.

Again the opportunity was living with someone who spoke the language, ate the food, lived the life and thus I approached life as a learning experience.

So often I had been told you will not survive, you can’t. One acquaintance referred to my African American roots compared to my husband’s British roots as oil and water, fiery and well, passive. Still I rose, and when another said, you’ll be back, I seized the opportunity to prove her wrong.

Of course there were far more serious challenges along the way–there were illusive racial issues, sexists ones, too but the toughest one was making new friends, establishing a firm foundation. So often when we move from one country to another, or one city to another, this is a major issue but it also happens when we change schools, go from one grade to the other.

In the end, the key thing is to find the opportunity in the challenging space, stay grounded and never give up–all important to rising above whatever odds you might be facing. Take a listen to UIO: Rising Above the Odds with Hannilee Fish for more tips on finding opportunities in difficult and awkward spaces. Meantime, take care!

Written on September 12, 2019 at 6:15 pm, by SLewis
Categories: Blog, Homepage, On Life, On Wellbeing, Teen Girls, UIO: You Inside Out   |   Tags: Confidence, mental health, mindfulness, rising above odds, sexism, wellbeing