Never Give Up: Rise Above The Odds

Rising above odds is a varied subject. Odds, in some way, can be like challenges stacked against us in any given situation. In UIO’s upcoming podcast with barrister and entrepreneur Hannilee Fish, we talk about dealing with sexism, peer pressure and mental illness as well as overcoming her own dyslexia and finding opportunities in poverty.

Seeing an opportunity in a difficult situation can often be the difference in feeling stuck or coming out on the other side. This year, I celebrate 21 years of living in the UK and while I can’t say that I have ever found myself in a seriously difficult situation, barring the odd exception at the border when I truly thought I might be sent back to France, to be deported to the US, I have had to learn the ropes in a situation where the odds were stacked against me, if only marginally.

Early on as a writer and a student, I learned some of the embarrassing differences between American English and British English. One that sticks out is referring to trousers as pants in a room full of men. Sounds minor, right. Most times it was but the lesson is that the two languages are not one in the same and the opportunity for me was that I inherited a very British family. I rose quickly.

On a similar note, I had to relearn the metric system. How many grams would you like Madam? Gulp! I would graze around the shop and find a bag of coffee that had 200 grams and until this day, I still think in pounds weight wise but I do understand kilos and stones, believe it or not.

Again the opportunity was living with someone who spoke the language, ate the food, lived the life and thus I approached life as a learning experience.

So often I had been told you will not survive, you can’t. One acquaintance referred to my African American roots compared to my husband’s British roots as oil and water, fiery and well, passive. Still I rose, and when another said, you’ll be back, I seized the opportunity to prove her wrong.

Of course there were far more serious challenges along the way–there were illusive racial issues, sexists ones, too but the toughest one was making new friends, establishing a firm foundation. So often when we move from one country to another, or one city to another, this is a major issue but it also happens when we change schools, go from one grade to the other.

In the end, the key thing is to find the opportunity in the challenging space, stay grounded and never give up–all important to rising above whatever odds you might be facing. Take a listen to UIO: Rising Above the Odds with Hannilee Fish for more tips on finding opportunities in difficult and awkward spaces. Meantime, take care!

Get The Inside Scoop 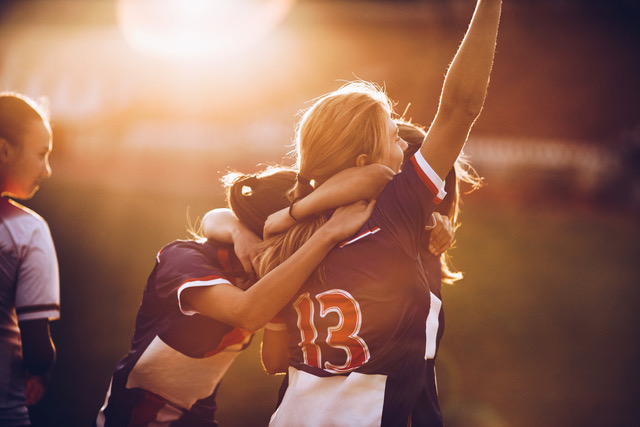 Nothing like getting inside information. And that is just what I did to produce UIO’s fifth podcast in this second series, which will be released next week. On Being A Teen Girl Now features 16-year-old Leah from Hertfordshire and 15-year-old Divaina from Kent.

Not only do we have a timely conversation about their greatest challenges and opportunities, it got me thinking about my teen years a bit more specifically. But before reminiscing, I can’t say enough about the potential of both Divaina and Leah, not only in the space they are each in but also looking to the future.

What I remember most about our interview together is their individual and collective fresh approach to life, their willingness to speak out, to correct something if it was wrong, such as the pronunciation of their names. Yep, I got both names wrong. Not to mention their consideration, concern and respect for each other and their peers, and the awareness and interest they both showed in the world around them.

Gosh, I thought, as my mind travelled back into time, was I that tuned in? What was happening in the world when I was a teenager? Have teen girls always faced as many pressures and have they always been expected, willing and able to express their trials and tribulations as I asked both girls to do. Could I have articulated my concerns so eloquently at such a young age?

While no clear-cut answers spring to mind on any of the questions, I have a good memory of the American Bicentennial Celebration in 1976. I was the ripe old age of fourteen. Two hundred years ago today was a theme that still lives in my head. Beyond that and who was President, I had to take a quick refresher to see what was happening on the world stage.

Closer to home, however, I do recall who my closest friends were, the importance I placed on friendships, as if the air I breathed depending on them, as well as the need to be perfect. Of course, the times are different and social media, for example, turns the heat right up on the importance of self-image, being a success and so on, but the concept of being on trend, being popular, and being smart seeped into my teenage brain all the same.

Also, there was the pink elephant in the room—racism. Though there was a collegial relationship between the races, we were certainly not a close-knit group or a group with desires to diversify. The first three years of our school life had been spent in desegregation, so here we were as teenagers, trying to make sense of the world together but on different sides of the aisle. One example of this is the fact that we had separate proms.

It was with this weight that I journeyed through my teen years, often times reasoning that the teen years didn’t matter, that they were more or less a dress rehearsal for the rest of life. Over my should now, I see how wrong I was. Hence my desire to support teen girls right where they are. Life is now. And the good news about today’s teen girls is their willingness to start where they are tackling issues like sexualisation, sexism, colourism and so on. And though it is a heavy load, it’s lightened in the power of togetherness.

Onwards and upwards for both our guests and all teen girls. Get the inside scoop on UIO: On Being A Teen Girl Now, out Wednesday, November 7th. Listen on iTunes, Soundcloud, TuneIn, Stitcher or subscribe to our RSS feed to have the podcast delivered to your device.