Opening Up About Mind Matters: Tips for Teen Girls

UIO: Your Mind Inside Out Released Today 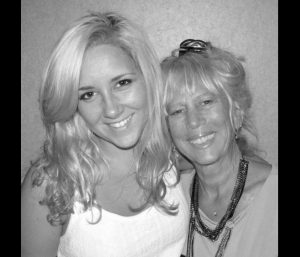 More than half-way through the UIO series of ten, the new podcast for teenage girls, Episode 6: Your Mind Inside Out was released today.

Timely indeed as the notion of dealing with mental and emotional health becomes more apparent in society.  Back in April, for example, Prince Harry admitted seeking grief counselling twenty years after his mother’s death to avoid emotional collapse.

Other well-known people have talked about the issue, too. But it’s not just the famous who face emotional and mental well-being issues; it’s everyone. And all too often, mind matters are swept under the carpet, owing to stigmas.

Helping to reduce stigmas and speak openly about mind matters are New York Psychoanalyst Dr Jane Goldberg and her daughter Molly. Special guests for the sixth episode of UIO, the duo talk about the importance of communicating feelings and concerns and also shared personal experiences and challenges that have not only brought them closer together, but also helped Molly to navigate her teen years.

Now 23, Molly is studying to become a psychoanalyst, also, while Jane practices in New York and writes books. Author of eight titles, her latest My Mother, My Daughter, My Self is published by Free Association Books.

Check out the podcast here via Souncloud or listen on iTunes, Stitcher, Tunein, Libsyn or sign-up for my rss feed. Meanwhile, stayed tuned for Episode 7: Your Values Inside Out with Jenny Garrett, author of Rocking Your Role.