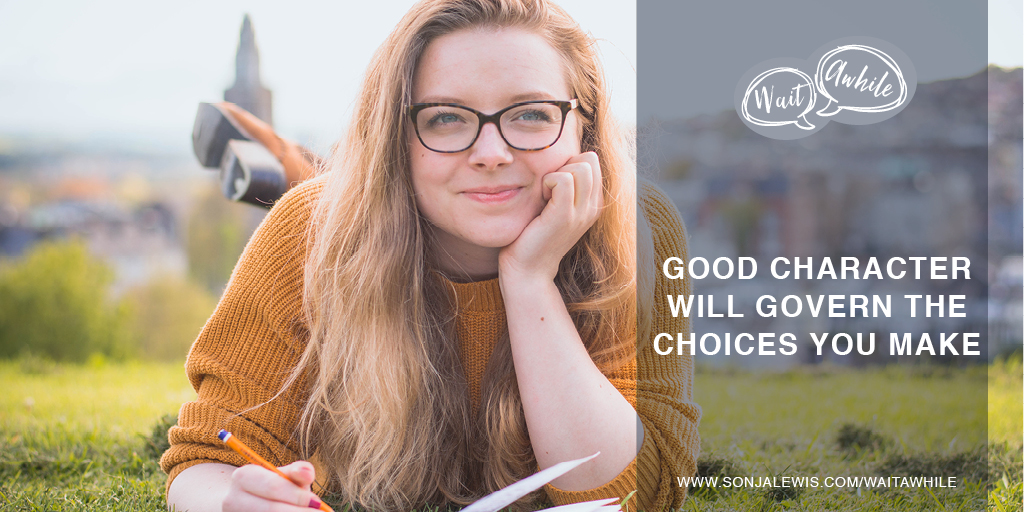 Good character traits are paramount when it comes to overcoming pressure or challenges. It’s the difference sometimes in whether to give in or stick to our own values or whether to give up or keep it moving.

With the unprecedented pressures on teenage girls nowadays, I am delighted to hear of the return of emphasis on character building. The first podcast in our new series, with Paralympian Elizabeth Wright, who advocates character building throughout schools in the UK, deals with the topic. It is out May 15.

Meanwhile, talking about character building brings a breath of fresh air to the debate on how to address some of the modern-day pressures we all face. Sadly, for some time now personality traits have served as the moderator for what is acceptable and what is not.  And when someone is either out of character or displays bad character traits, we often hear: that’s just the way she is.

Call me old fashioned but I call it bad company, bad character. Surely, it is unreasonable to pass off unkindness, rudeness, disloyalty and the lot as just the way someone is.

When I was growing up, I think the emphasis on character building was still on trend, if you will. It might have been losing its steam, but I knew the importance of good character traits in not only building good solid relationships, but also in achieving success in any undertaking.  Another story on whether I always displayed good character or not, but I did understand it.

If I wanted my parents to trust me, then I had to be honest and if I wanted my friends to trust me, then I had to be loyal. And the one time in my teenage life (surely there have been others) when I wasn’t loyal, I suffered painful emotional consequences seemingly for ages. I won’t go into the situation and hope others involved have long since forgotten, but this betrayal of sorts called my integrity into question. All I will say is that there was a popular boy involved. Never mind.

Anyhow, not only did I take a harsh fall from the throne of grace in the eyes of a friend or two and possibly a relative, I crashed landed in my own mind’s eye. It took years to rebuild my own self-esteem and to forgive myself for the deed, even if it was small. But the point is this: without integrity, I might have never known that I was out of character.

When it comes to achieving, I’ve always been slightly above average and slightly below excellent, but where I sit in the great in between is powered by my character traits of perseverance, optimism, reliability, conscientiousness and self-discipline to name a few. Though I wouldn’t take nothing for my journey, there are bits about it that I didn’t really appreciate–having to go to choir rehearsal every Friday night (okay one or two out of the month), lead a song when I could not sing, and attend Sunday School every Sunday morning and participate in the discussions.

But these activities, like them or lump them, fed into my character and drove me to pick up the phone as a young media specialist in New York City and pitch a story, even if I did dread it; sing from a stage in Poland to an audience, who insisted I had the voice of Whitney Houston until they heard it in song; do the right thing in enormous sticky situations, although I didn’t always feel like it; and most recently dig deep and speak up on a overcrowded broadcast platform, when I felt a bit mismatched.

Through these experiences and others, I have come to learn over the years never to leave home without my good character traits. As for the bad ones, I’ve resorted to waiting awhile to keep them in check and I must say the benefits have been enormous.