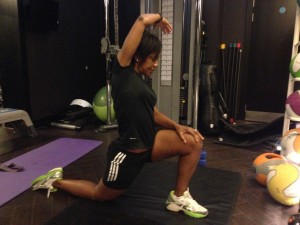 Written on March 10, 2015 at 6:57 pm, by SLewis
Categories: Homepage, On Lifestyle, On London, On Wellbeing   |   Tags: Exercise, Habitat for Humanity, Judit Ressinka, London, stress, US