Why Talk About Sex and Sexuality? 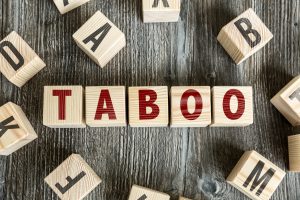 Since I launched UIO, I have talked to many folks about sex and sexuality. The most in-depth conversation was for Episode 8: On Sex and Sexuality with Rachel Gardner, founder of the Romance Academy, who like me advocates focusing on building relationships and learning more about yourself before making pre-mature decisions about sex.

A non-starter, right, considering all the nuances in the air, whether in music, film, at school or just in the community, seemingly sex has become the biggest part of everything.  Recently, someone said to me: all teenagers have sex.

No wonder in one of my latest conversations on the topic, a parent said that when her daughter turns 16, she plans to put her on birth control. She simply is not going to trust a 16-year-old.

What does trust have to do with it? I asked. Surely birth control isn’t the answer. What about talking, sooner rather than later, and then if birth control is in order, fair enough, along with protection against diseases. But what about a real conversation to put it all into perspective—the good, the bad, the indifferent.

With scepticism in her voice, she pretty much fobbed me off. That got me wondering why it is so difficult for parents and teens to have a real conversation about sex, the hottest topic on the planet.

When I was a teen, though I enjoyed talking to my parents about a lot of things, asking all sorts of questions about the world, I never broached the topic of sex and neither did they. Though it was there, you couldn’t ignore it, it was a taboo subject. Others around my age, whether from a liberal or conservative household, shared similar stories.

One acquaintance confided that her mother’s parting words to her when she moved out were: “Don’t get pregnant,” though they hadn’t talked about sex previously! Another said, though she was clearly having sex with a boyfriend before she left home, neither of her parents mouthed a word. How was she to take care of herself? She didn’t know what to think. Not to mention other nuances that she had to deal with at school and so on.

Similar stories have been confided about sexuality, too, whether the topic has either been ignored or squashed. End of story.Actually not. Not having real conversations with guardians about tough topics such as sex and sexuality is often the beginning of difficult times. There are many reasons why it is important to talk about such topics, including avoiding conflict, stumbling into harmful situations, suffering unnecessary consequences, building trust and so on. Okay, but whose responsibility is it to broach the heated subject?

Parents are the adults in the situation, in charge of the household, right. Surely, they ought to bring it up. Imagine rushing in from school, throwing off your backpack and pulling up at the dinner table to be eyeballed by one or both of your parents, followed by a wry smile and then the dreaded words: “We need to talk about sex and/or sexuality!”

I suspect I would have wished for the floor to swallow me up than to reveal my real feelings on the matter. But I do remember somehow understanding the lay of the land and as a teen my passionate views didn’t always comply. In such a scenario, my defences might have gone up, certain that the talk could only be one sided.

So, what about the option of bringing up the topic yourself?  Not a chance, right, particularly for someone who has a question of sexuality with fears of facing unaccepting guardians and wider family. In this instance, it might be the parent who wants the floor to swallow them up.

It is a tall order but it eliminates rejection, which leads to isolation, depression even suicidal thoughts. Make no mistake about it, I am not advocating a green light for teens to do as you please, but I am proposing a green light that affords you to bring any and everything you have to someone who has your best interest at heart, talk about it.  In Episode 6: Your Mind Inside Out, psychotherapist Jane Goldberg talks about the importance of talking about all feelings, good and bad.

Also, talking openly and honestly educates and informs for better decision making. There is so much focus on the physical consequences of pre-mature sex, that little is said about the mental pitfalls, of which there are many. Check out Episode 8 for more on this.

Finally, talk helps growth and development, puts you in touch with values, who you really are, what drives you. Just remember conversation is a dialogue and a good exercise in listening. It requires a bit of patience, too, as does life. Still working on that one.