Time to Stop, Think and Put On The Brakes 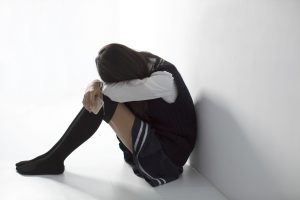 There are some things that are better left in childhood—the way that we mismanage anger, our sole dependence on others to care for us and causing or being subjected to peer pressure just to name a few.

Unfortunately, there is not always a clean break from our growing pains. Peer pressure, in particular, follows us around like a shadow well into old age. I suppose the older we get, the less peers we have. Still there are days, even in my middle age, when peer pressure stares me in the face like the bully it can often be. Nowadays, I have a better handle on saying no and declining experiences that make me uncomfortable but admittedly when I was a teenager, it wasn’t as easy.

And way back when I was a teenager, the pressures, though intense, seemed less punishing. There was pressure to smoke, to cut school, to have sex, just some of the pressures that are handed down through the ages. But nowadays there are loads of new pressures, owing to our modern technology and perhaps shift in mores in society. Let’s face it, our obsessions with our mobile devices, for example, blindfolds us to some of the unnecessary pressures heaped upon children and teens, for example.

The idea of being on all the time is unrealistic to say the least from both a mental and physical health perspective and when we falter at something because we can’t get it right all the time, wouldn’t it be nice to falter in privacy. How refreshing!

Still the pressures of joining in high risk activities are on the rise. For example, I don’t remember ever hearing about sexting, the act of disrobing for the camera, when I was a teen. If it was around, it certainly was never referred to as the norm. People likely saw it for what it was and still is, an illegal activity that carries heavy penalties for both those pushing it and those succumbing to it.

Nowadays, however, the pressure on teens to participate in sexting has become an epidemic in some areas, according to a BBC report. But here is the thing, most teens, girls and boys, alike probably don’t know that this dangerous game is actually illegal. It is not just a moral choice that you make, and though you might regret it, you get on with life. It scars and penalises well into adulthood, not to mention the pain and upset that it causes when it actually happens. A teen girl in a recent BBC story makes it very clear that sexting can never amount to anything good. It made her feel like she was in a zoo.

Sexting destroys lives, full stop, as does other experiences that teen girls are often coerced into as a norm. Thankfully, people in positions to do something about sexting, for example, are waking up to this reality and trying to crack down on it.

The truth is, there are many good reasons to stop and think before engaging in anything uncomfortable, immoral and illegal that you might regret sooner and certainly later in life.

To this end, UIO has a special treat coming up for teen girls that supports putting the brakes on (out later this month), even if everyone else around you seems to be parachuting into adulthood. In the meantime, listen to Episode 10: Peer Pressure Inside Out with Natalie Savvides, for tips on saying no and declining things that you don’t want to do. And do keep an eye on this space for our exciting new initiative, which is all about you.

Written on February 7, 2019 at 2:18 pm, by SLewis
Categories: Blog, Homepage, On Life, On Lifestyle, On Wellbeing, UIO: You Inside Out   |   Tags: BBC, growing pains, Natalie Savvides, peer pressure, sexting