What do Children Have to do with Care? 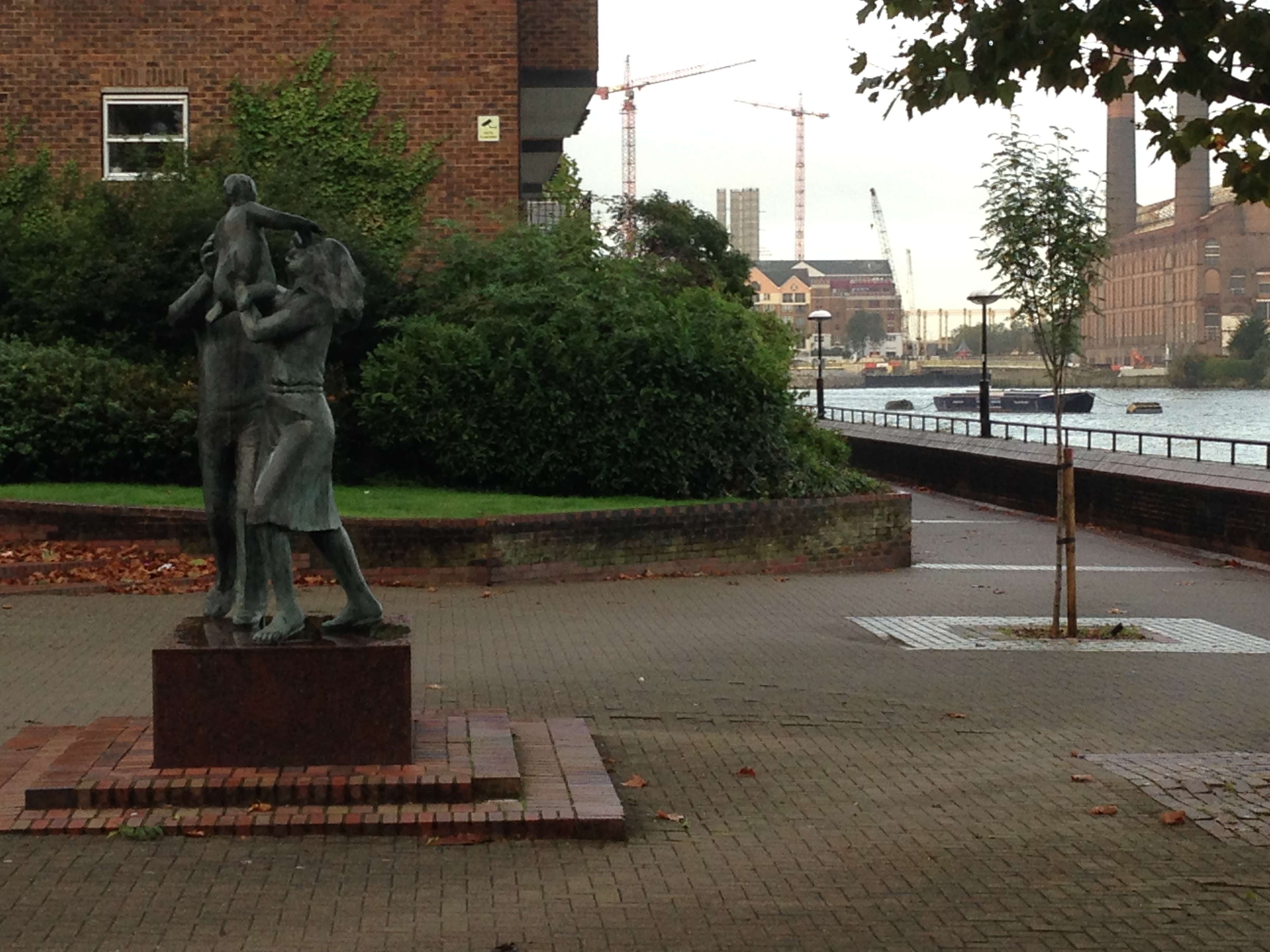 By 2030,  there will be more elders to care for in England than there are people to care for them, says a recent Institute for Public Policy Research  study.  The main problem, the study surmises, has to do with no children living nearby.

I ask what about when there are no children, at all, or children that don’t see caring for their elders as their responsibility.

Check out my latest  Huffington Post blog: Who is Going to Take Care of You in Old Age? 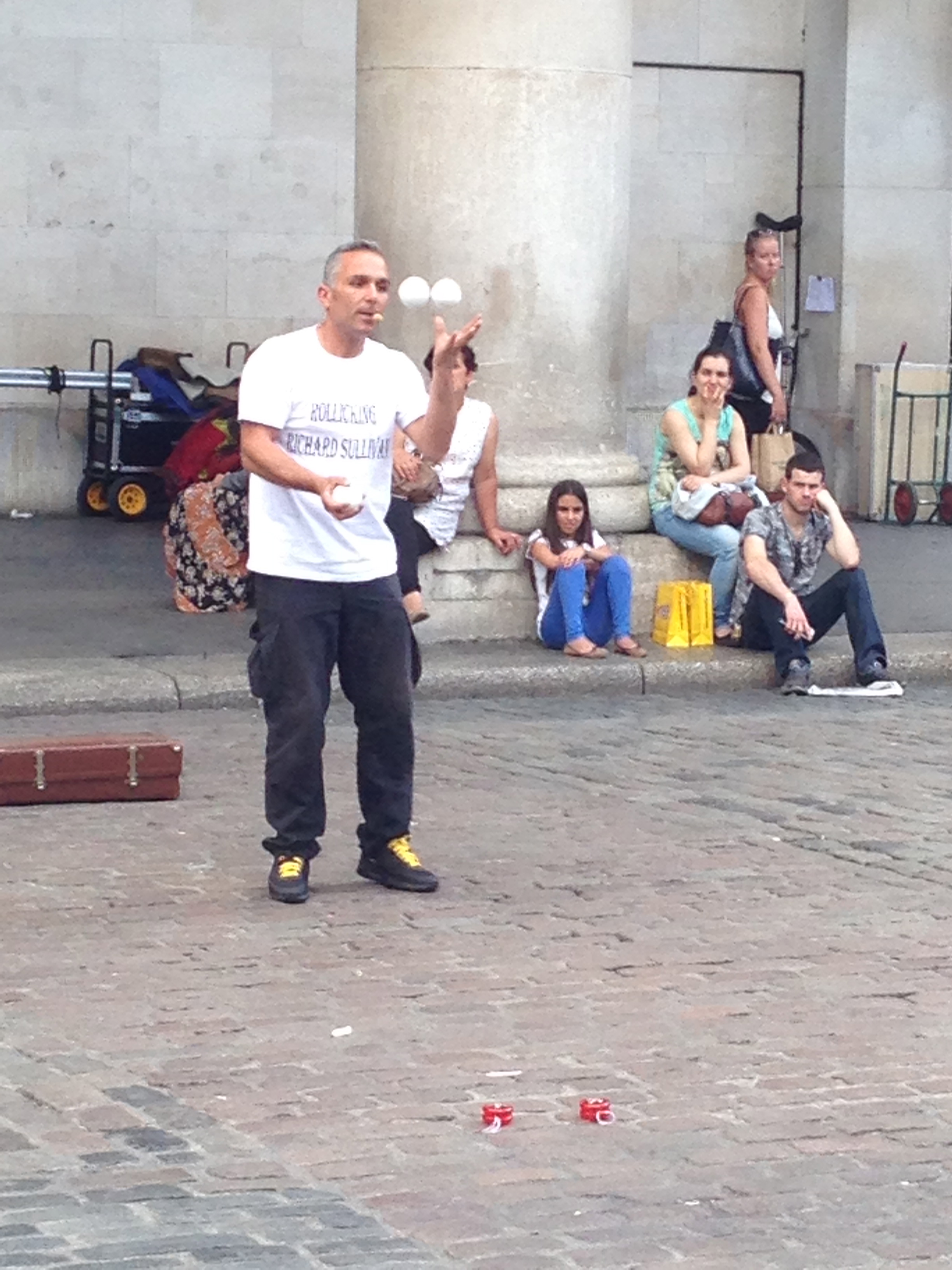 Missoni Checks out of Edinburgh 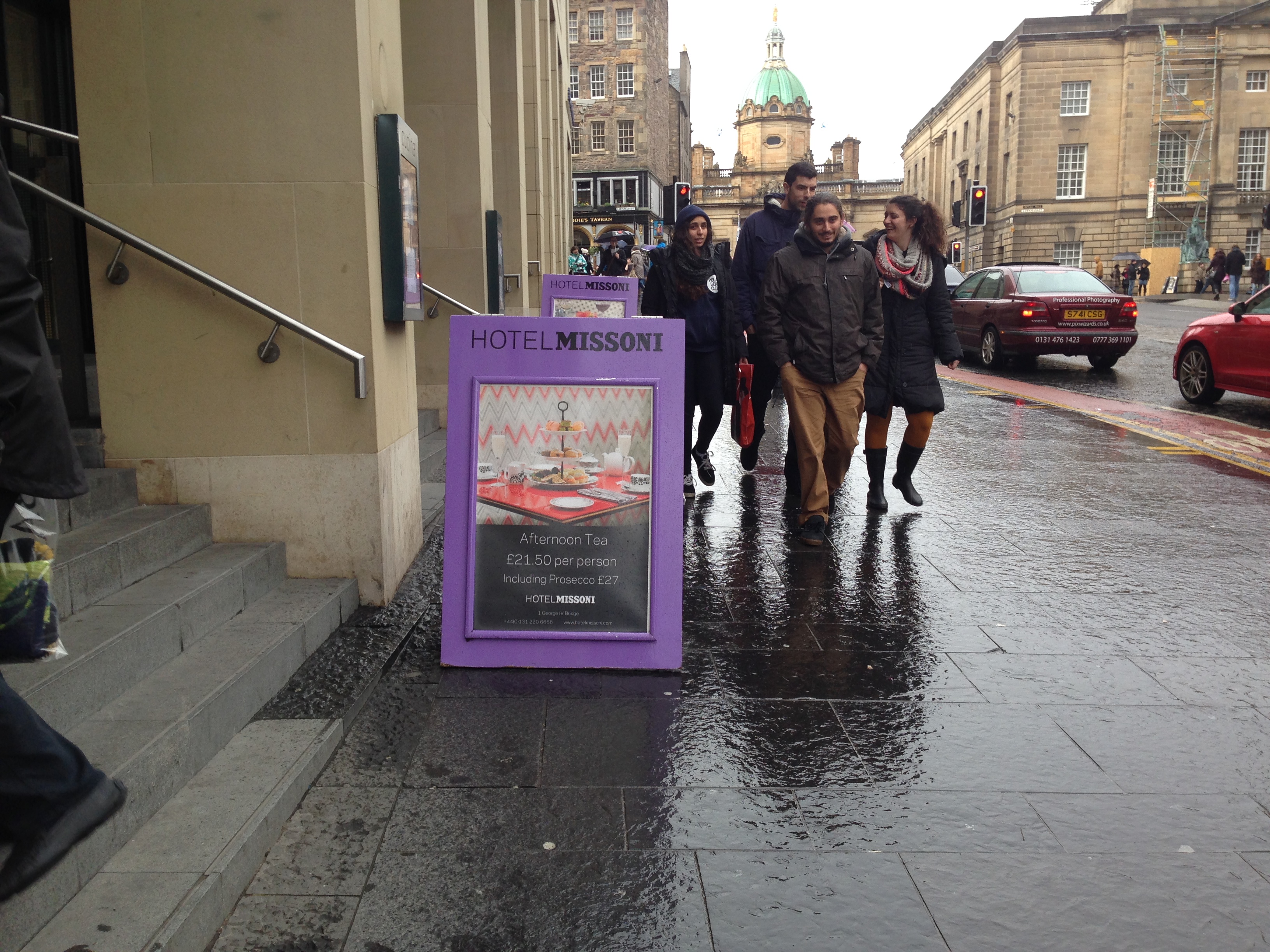 Edinburgh is a cool city —pretty cobblestoned streets, majestic hills, sweeping valleys, and a smashing choice of fine restaurants.  We loved The Honours. Not much in choice for cafes and bistros, if you ask me, unless you like pizza, pizza and pizza.

I thought we were in Scotland. Still, I love going there, if for no other reason than to stay at the Hotel Missoni, described by the summery dressed Scottish woman, whom I sat next to on the plane, as very American.

Have I got  news for her?  It’s Italian, not to mention that the weather is not summer yet, not even spring.

Never mind. In any case, the Hotel Missoni is leaving Edinburgh, not the hotel per se, but the design house is taking its name off the five-star hotel sometime in June this year.

Previously, having bagged two great buys at a quietly closing Missoni store in Westfield Shopping Centre in West London, a month or so ago, I immediately jumped to the conclusion that Missoni must have been on the decline. My heart ached, as I have so enjoyed the brand over the years and feel as if I am just warming up. Not now, please!

On the contrary, the massage therapist, explained as she caressed the stress out of my back.

While the fate of the Missoni empire does seem a bit hush hush—closing shops and only trading in department stores, at least in London, and taking their name off of a remarkable hotel—it’s well known in the industry that co-founder, Rosita Missoni, is likely to retire in her early eighties.

Daughter Angela has been creative director for years now while her mother headed up a new home collection and opened a few luxury hotels, the flagship one in Edinburgh, a few years ago. Somewhere along the way, Rosita might just have loss her soul, understandingly, having lost her son and his wife prematurely in a plane crash in 2013 and then her beloved husband and longtime business partner a few months later.

Though the epitome of modern design in one of the world’s most traditional cities (aside from the onslaught of pizza places) Hotel Missoni will be missed, if only by me.

I’ll just have to find another hang out in Edinburgh. I do like the city.  While strolling around the Old Town you can easily slip back into time while climbing a mountain of stairs to Edinburgh Castle or making your way back to lower ground, where there are gorgeous cathedrals such as St Giles, the old government buildings, and several narrow historical buildings that have become museums of sorts or fine restaurants. And the entire time, your ears ring to the sound of bagpipes.

But if you’re not much into that sort of old thing and you prefer the new scene, Edinburgh has much to offer there, too, even if a festival isn’t going on.  Last time, we went to the new Scottish Parliament, and this time, visited the Museum of Scotland. Impressive!

And no trip to any city would be complete, not for me, without a bit of shopping, though I find the scene in E-burgh lacking. While Harvey Nichols doesn’t have a patch on their flagship store in London, I managed to find a really cool local designer and walked away with some gorgeous knitwear. Got some for my BFF, too!

Enchanting is the word that springs to mind. Speaking of spring, it was spring when we arrived–so there, the florally dressed Scottish woman on the plane actually had news for me—but sadly for her, it was winter when we left.

That’s old news, right. Still, we had a great time.

Dust from Sahara blows into London 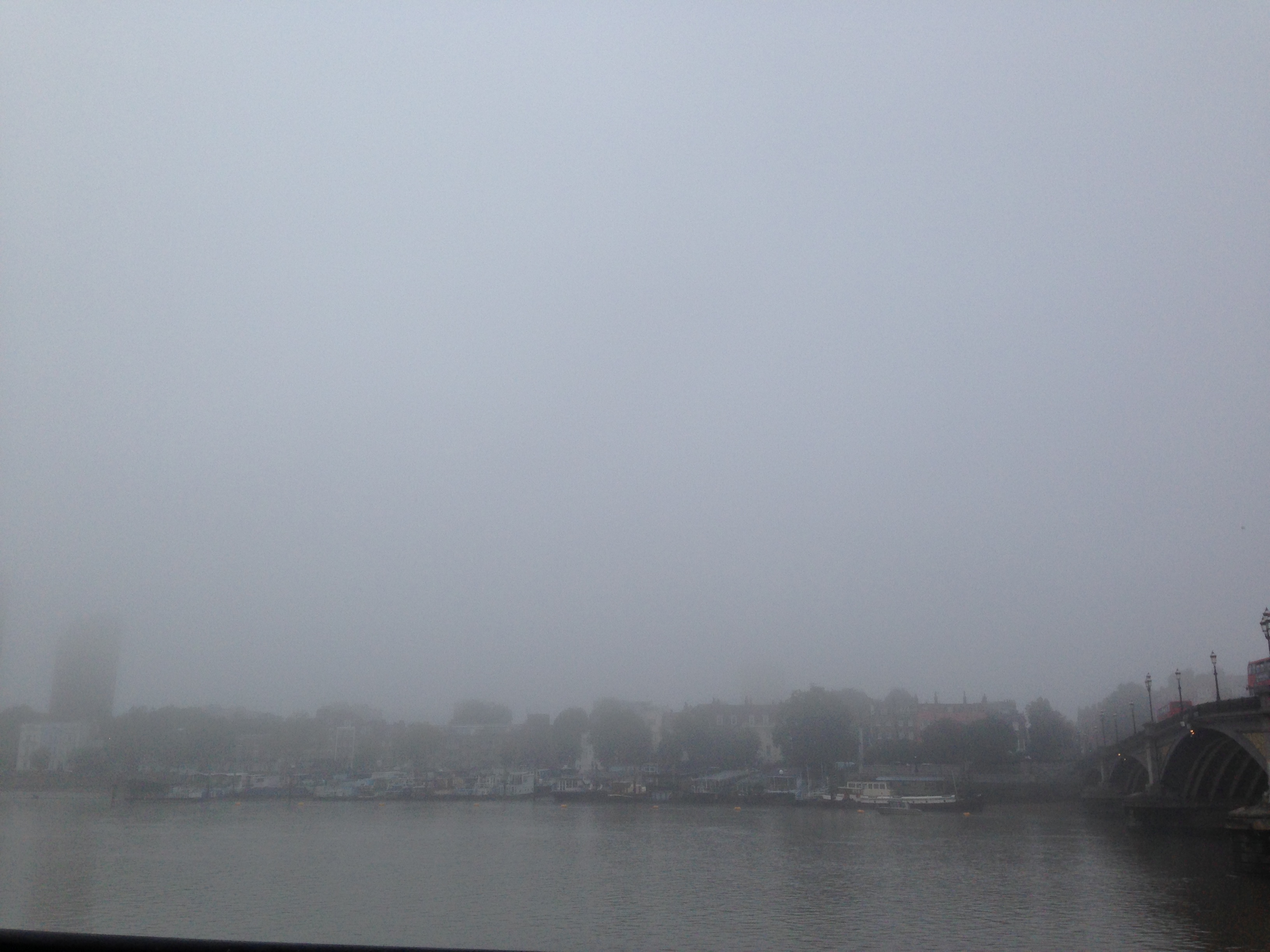 I went to the gym this morning. So what, right? Working out is the big thing nowadays. Beats lying in, that is if you wear a Nike Fuel Band like I do. That’s why I take to the Thames Path three times per week and spend one hour weekly training with an expert.

Of course, racking up fuel points is not the only reason for exercising, but it sure is a good motivator for it.

Admittedly though, after hearing on BBC Breakfast this morning that the UK air might not be the best place about now for anyone, let alone asthma sufferers, I stalled.

For the last several days, high winds have brought dust from the Sahara Dessert to England and Wales. A haze, for instance, hangs over Birmingham today. Yesterday, many Londoners found their cars lightly coated with red dust.

No wonder I couldn’t see the Thames for the smog yesterday and I was a stone’s throw away from it.

Umm… with low-grade asthma and sore muscles that hadn’t recovered from yesterday’s intense work out, I pulled on my kit, warmed up, and begrudgingly headed for the gym instead of the Thames Path.

Wrong answer, I thought as I laboured for thirty-minutes on the treadmill. As soon as I was done, I rushed outside to the nearest bench and went into an extensive stretching regime, using any breathing techniques I remotely knew of.

As I took in the seemingly fresh air, it got me thinking about the environment.

How is it that dust from the Sahara could settle in the UK? What, if anything, does this have to do with climate change? And is running in a haze of dust actually worst than toiling and sweating in a stuffy gym.

While I don’t have the answers to the former two questions, I have my opinion about the latter one. I’d much rather run outside any day than in a sweatbox, no matter how swish and roomy it is. But if the air is polluted, I have to be realistic, don’t I.

Fortunately for me, the air is expected to clear by Friday. Even so, environmental issues won’t flee.

While the Sahara’s dust will soon pass over the UK, it will sweep into another country and other issues will crop up or flow in here—something for us all to think about wherever we are. What does it all mean and what can we do about it? No soapbox or scare tactics here, just plain on realistic questions.

In the meantime, I am lagging in fuel points; I need to get going, perhaps for a short walk, even if it is hazy outside.