The Right To Remain Silent Or Not 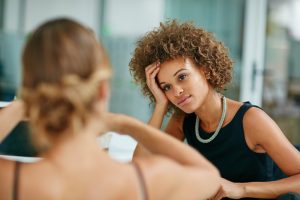 You have the right to remain silent. Actually, you don’t unless you are in a sticky situation in which you have been read your rights, or are in extreme circumstances that risk invading your privacy, although there are some personal situations such as rape, bullying and so on that require speaking up, even if they are private.

Otherwise, silence, when misused, preserves atrocities such as the ones above not to mention the likes of apartheid, slavery, xenophobia. It also breaks deals, starts wars, ruins marriages, separates families and so on. In addition, the misuse of silence can lead to both physical and mental-health problems.

If you have ever hung up on someone, had it slammed down on you or ignored important correspondence, evaded phone calls, or stewed on the receiving end of the silent treatment, then you get my heart-hammering, pulse-racing drift. This is anything but a healthy resolution.

It is no surprise then that silence is anything but golden at times such as these. So why then do so many people resort to silence in the face of conflict, or difficult or awkward situations?

I know people who would not speak up about poor service in a restaurant, a hotel, any place, or to a service provider, even if their life depended on it. Then there are some who won’t open their mouth in a potentially contentious situation at work or at home until it’s gone too far. Then they fly off the handle.

Now that is the other side of silence, which can also lead to health hazards and a dead end. So, how do we exercise our right to speak up? There are some simple measures to take, but why do so many people misuse silence?

Many researchers agree that fear is one overriding factor that drives people to silence. Whether it is fear of isolation or rejection, fear of simply being misunderstood, or fear of negative consequences, most people would rather witness or stay in an untenable situation than speak up.

Furthermore, some of us think our opinion doesn’t count or nothing will change anyhow, or worse yet, we will be labelled as a difficult person, even if we don’t come waving a red flag. So, why bother?

It’s simple. There are times in life when silence is not an option. Over the last five years, I’ve had a lot of experience in the area of speaking up. A few years ago when my mother-in-law fell ill, I found myself speaking up all the time; then again, a few years later, when my own mother got sick; and now, on behalf of my father.

To this end, I have learned a thing or two about speaking up:

Never mind what I think of the policy, the bottom line is that sometimes silence is simply not an option.

Written on October 4, 2017 at 9:08 am, by SLewis
Categories: Blog, Homepage, On Life, On Wellbeing   |   Tags: apartheid, fear, silence, slavery, speaking up, Technology, xenophobia