Seeing what’s in the Timing 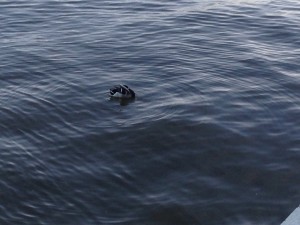 As a local, I often look at what meets the eye, nothing more.  And now and again, I don’t even do that. I scan areas and attractions, rather fleetingly. But recently in keeping with the running with sense theme, I thought I’d pay more attention to my surroundings and how wonderful it was to discover new characteristics of the Thames Path.

But surprisingly, I found it hard to focus without interruption from my other senses, so instead of banging out a blog after one running session, I gave it three. Not to mention the backlog of work for my new website and latest book, The Seasons, both coming soon! Watch this space.

Anyhow, the most distracting of all of the senses was hearing. Having ditched the iPhone to listen up sensibly, all I could seemingly do was hear the sounds of helicopters, airplanes, buses, cars, even people humming away.  To this end, I shut my eyes briefly, thinking I could block them out, but only made the sounds louder and also nearly lost my balance. Thankfully, I recovered quickly, even if I was dizzy.

Thus on the second morning, I stayed wide-eyed, no matter what, and lo and behold I made an interesting discovery. It was all in the timing.

By 8 o’clock London is pretty much wide awake and in this state, the city is noisy, but still sleepy in the earlier hours, London is serene and far more noticeable by sight, at least the distance I run on the Thames Path whether towards Putney or Battersea.

While the sky, even in its greyness, seems calm, so does the river, even if it is rushing and swirling. Meanwhile a single bird flies low and speculates, too. And cyclists, runners and walkers move easily.

The commuters seem more polite to one another, mimicking you first, I insist while approaching the river bus, the bus, the train

And the beautiful luxury houseboats on The Thames look picture perfect, too. Even the skyscrapers in the distance look inviting and not steely as they can in the midst of the day.

This morning, I noticed a cat scampering about in silence. Imagine! Also, I saw a dog or two prancing and smiled to myself, understanding the phrase puppy dog eyes. And then tick tock went the clock and cyclists came tearing down the path, tooting their horns, and mothers and fathers scrambled to keep up with their scooting children, and runners tried to stay out of the way, me included.

Finally at the finish line, I stopped to stretch and take in the fresh air and realised that I was distracted, already getting ahead to feeling. Thus, I fixed my eyes on the river. Captivated by its life, the water looking like silk flesh as it ebbed and flowed, a lone duck riding it, I couldn’t help grunting when I felt a pain in my leg. Thrown out of the scenery, yet again, I gave in to feeling. That’s next week’s assignment. Stay tuned.