Running in London, more than meets the eye 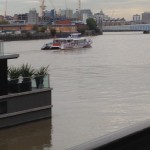 I’ve been running again. And though I haven’t signed up for the next road race, I’m up to 12 miles per week, even if a little old lady is faster.

Never mind her, the younger runners or the cyclists whizzing by, I’m in my own world and rarely come out for anything less important than crossing the road. That’s one of the things that I love about running; it’s just me.

On the rare occasion when I do come out of my thoughts, I catch some interesting sights. This week I saw a barefoot runner, life on a luxury houseboat and calm commuters making their way to the river bus.

Bear with; there’s more to this than meets the eye.

First things first, when I was a kid, I thought barefoot running was great. No better place for it than the Georgia countryside, vast plains if you will, and warm red clay underneath my feet. Never mind the odd thorn, bramble or rock.

But fast-forward forty something years and I wonder ‘why on earth’ or shall I say ‘why on concrete’ would anyone do it, especially on a frigid, damp day in London. No wonder the fellow in question was sprinting.

Still, he seemed to be having a blast. Maybe there was more to it than I could see. All the same, I’m not up for it. But I’ll tell you what I am up for—the river bus, but I’ll save that for last.

For now let me tell you about the luxury houseboats, which are moored between Battersea and Putney. According to one estate agent, the boats have two reception rooms and four bedrooms. Not your average narrow houseboat with a low ceiling, is it? Quite surreal to be honest, which is why I chalked them up as permanent exhibitions or river homes for the rich and famous.

This week, however, I caught a glimpse of a person on one of the floating luxury apartments. And suddenly, it dawned on me that this could be a regular person who had carved out an ideal lifestyle—idyllic views, fresh air and their own river bus. Yes, the river bus.

Just then, I heard it, tooting a rather composed horn. I looked up and watched it near the port. Meanwhile, very orderly commuters gathered and then made their way down the gangway.  What a vast difference to London’s train stations and bus stops during rush hour.

Breaking my run, I watched in amazement until the last passenger was on and seated. And then observed the bus move off into the Thames and cruise towards central London uninterrupted by traffic or signalling delays.

Though river buses are not as plentiful as trains or regular buses, there are several connections from Putney to Greenwich.

In the meantime, I re-set my running App and got back to the task at hand. Soon I shot past my building and headed towards the heliport, a helicopter coming in for a landing. With serenity in the distance, I remembered another thing that I love about running.

Soon it would be over and it would be coffee time, which is croissant time for me, just me. More than meets the eye? Interesting, indeed. 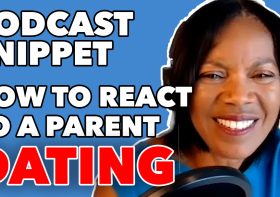 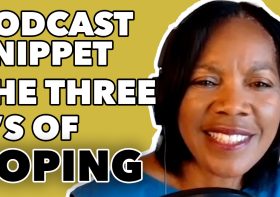