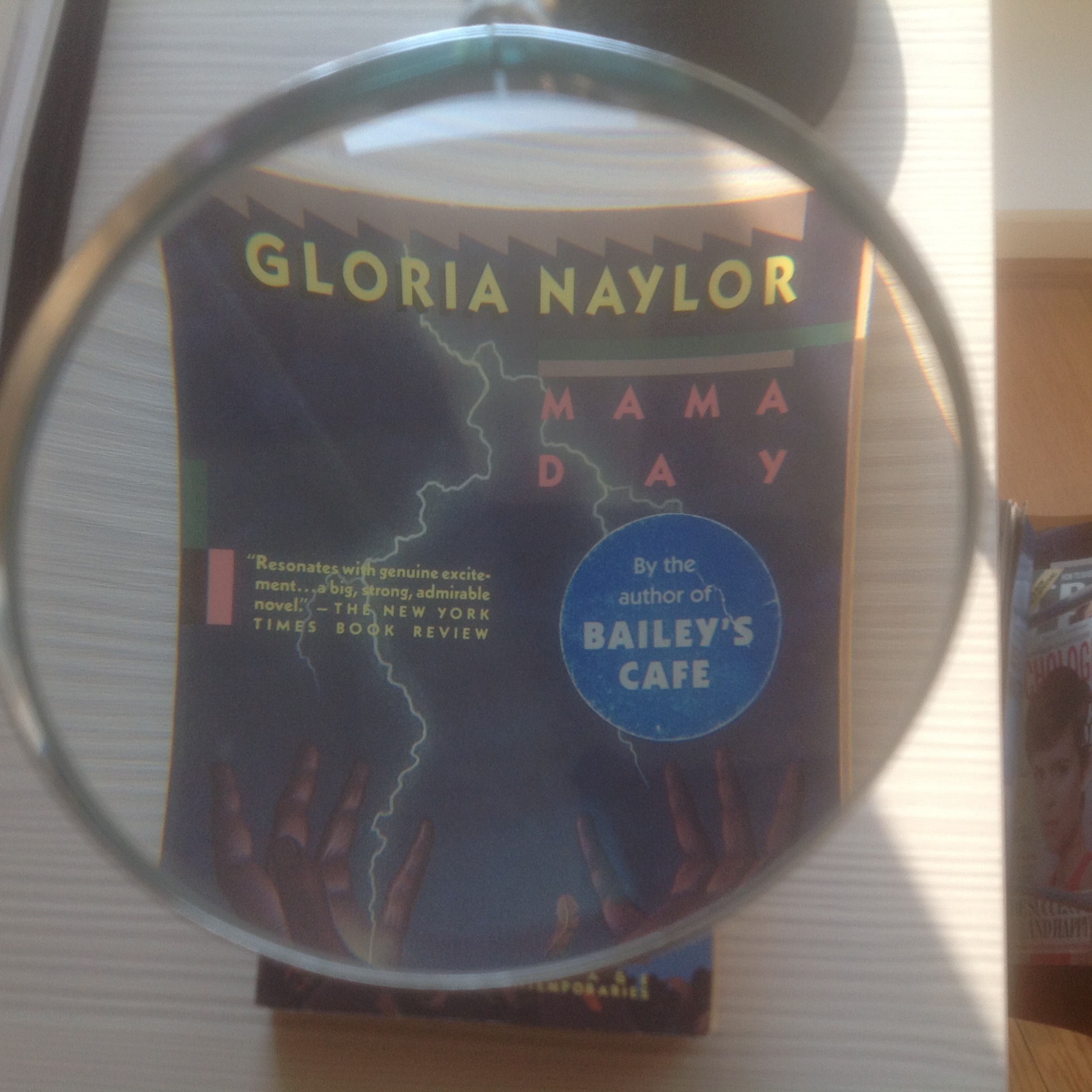 A friend sent me a Facebook message asking if I had heard of the death of award winning author Gloria Naylor on September 28, one day before my birthday. I had not. Feeling a bit out of the loop, I went online and met all the condolences head on, reflecting for a good while.

After I came out of my stupor of sadness, I began to remember Gloria Naylor fondly from receiving Bailey’s Café as a birthday gift in 1992 from my BFF to discussing Mama Day, in particular, at my first book club in Albany, Georgia, to meditating and conjuring her up as my muse during a writing exercise meant to improve my own writing skills. Bear with – it really happened.

Anyhow, though I never met her, over the years, I have been privileged (in and out of interviews) to answer several questions asked of writers: what are you reading, what are you writing and who is our favourite author? In other words, which writer has most influenced/most inspired you? The answer to the first two questions naturally varies but the third one has always been the same—Gloria Naylor.

On that note, however, outside of North America, some interviewers and questioners had to ask Gloria who? But upon mentioning The Women of Brewster Place, which was made into a movie, the author’s repute became unmistakable.  An amazing author, Naylor has a way of getting into the reader’s bloodstream, if you ask me, heightening the senses in an indisputable way, even of those who thought she was a bit too deep.

Just a few folks from my book club of yester years said as much but even they couldn’t refute the heart racing, eye popping, ear permeating read of Mama Day, which combines the supernatural and the natural in a genuine yet gripping way.

As one writer asked in a workshop I was in years ago, how does she (an accomplished writer) do it, make you smell the scene, even taste it. Hopefully, she had the chance to ask Naylor, but if she didn’t, all she has to do is study an excerpt from one of her novels. Check out this one from a chapter towards the end of Mama Day:

“When I reached the dogwoods on the west side of the road, the throbbing was beginning to turn into an iron vise in the middle of my chest. I put one foot on the paved road and glassy needles splintered throughout my brain. The house was wavering in front of my eyes. The road felt like water under my buckling knees. It was impossible to cross over, make it up those porch steps, and into our room. I did it. But I was too cramped to even unbend my body on the bed beside you.

“The worst thing about the blinding pain that finally hit me was the sudden fear that it might be the end. That’s why I gripped your shoulder so tightly. But I want to tell you something about my real death that day. I didn’t feel anything after my heart burst. As my bleeding hand slid gently down your arm, there was total peace.”

Extraordinary, every single word of it, don’t you think. Makes me want to re-read the novel, not only for old times sake, but for the future, too. I could use some inspiration nowadays. Don’t pretend you haven’t noticed. Bear with.

In the meantime, I join many others, her family, friends, fans and followers in celebrating the life of a literary great—Gloria Naylor, who will undoubtedly live on in the hearts and minds of millions. May her work continue to inspire young and old writers alike. Actually, let’s make that older, much more appropriate for me.