Holiday versus Home: A Recipe for Ruin 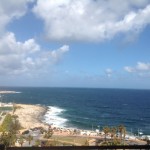 Comparing your holiday destination to your home city is a recipe for ruin. I should know. Been there, done that and still haven’t fully learned from my mistake.

Though I was happy to leave the frigid temperatures of London last Saturday and welcome the warm ones of St George’s Bay, Malta, we had scarcely landed before my mind got busy sizing up the place.

Shopping would not be a match. Food wouldn’t be up to scratch. And certainly hotels would not be a patch. Upon arriving at the Corinthia Hotel & Spa, it was just as I suspected–acceptable but not remarkable. It wasn’t until I got to our room and stood on the balcony overlooking the Mediterranean that it became clear that I was on a hiding to nothing.

Been there, done that! So from then on I ditched the comparisons. What I got in return was a true Malta experience, beginning with a bus tour to the North of the 27 kilometer (16.8 mile) island, though our concierge tried to convince us to go south.

“Why do you want to go north?” He asked.

“See this another day,” he said. “Why not go on the South tour today. There is a market, not for you, but for your wife.”

Righty-ho and so we did and found Medina as perfect in her old age as had been said about her. Perched upon a hill which overlooks the Mediterranean, this old city is an excellent backdrop for contemporary events such as weddings. Luckily, we got there in time for a the tail end of one.

Like Medina, the rest of Malta embodies one of the world’s richest stories. Though not the most sophisticated of destinations, the island boasts 7,000 years of history, having been inhabited by Sicilians around 5000 BC.

Today the shimmering sea is a playground for water enthusiasts and is a bridge to world trade but over the years, it has been a tumultuous passageway for many conquerors, including the Phoenicians, Byzantines, Normans, Ottomans, Romans, the French and the British.

The British occupation, as featured in tours and the film,The Malta Experience, continues to be looked upon kindly, though Malta has been independent since 1964.  But the Brits’ ousting of the French who expelled the Order of St. John (see below)  leaves them in good stead with the Maltese, as evident in the English language and also in the many commemorations of statues and the like around the country.

Perhaps, however, the most influential leadership in Malta started in 1530 with the Order of St John; their Grand Masters leading for some 268 years until Napoleon expelled them. In any case, their contributions include the new capital, Valletta, the order’s namesake cathedral, many fortifications, aqueducts, a hospital, a university and so on.

During their reign, naturally Christianity was the number one religion, but it had been in Malta since 60AD when the Apostle Paul, en route to Rome, was shipwrecked there. As described in the Book of Acts, the apostle was revered after a viper latched to his hand but caused no harm. Moving forward, the apostle became the patron saint of Malta.

This is my favorite Malta story not only because I grew up Christian but also this story places Malta for my father, who at the precise mention of its former name Melite,  told the apostle’s story as if he had been there.Priceless! 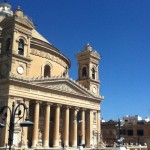 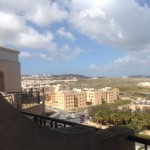 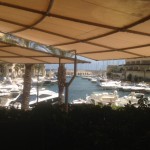