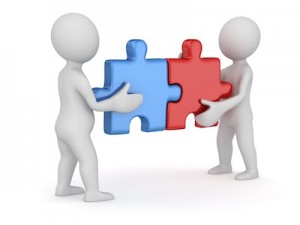 Next door but one simply means two doors down, so why can’t they just say that?

Still I can’t resist trying out the English vernacular on unsuspecting Americans.  “Ee by gum.” Okay that is taking it a little far, since this comes from Yorkshire meaning “Oh my gosh!” And most people outside of the region won’t have heard of such a phrase, will they?

But seriously, who’s ever heard of donkey’s years? A Chicago friend of mine still thinks I made it up.  And who chivvies someone along when you can hassle her.  And then there is, “now that is just bonkers or barmy.” What about plain old nuts? But I must confess I absolutely love whinging instead of complaining. Much stronger, wouldn’t you agree. And it sounds better.

Come to think of it, most English words just sound more refined giving them an unwarranted complexity: boot for trunk, bonnet for hood and lorry (pronounced Laurie) for truck—yes they refer to a 16 wheeler as a lorry.  Others are flat for apartment, nappy for diaper, post for mail; nought for zero, people carriers for vans, pudding for dessert and solicitor for lawyer, the list goes on.

No wonder books have to be translated.

And what tell of spelling for clarification? Amazingly, the English like to throw in vowels for special effects. For example, they write gynaecologist for gynecologist, alu-min-ium for aluminum.  And overuse the vowel “u” and virtually ignore the consonant “z” or “zed” as they say. For example, color is colour and organize is organise. But hold up, they don’t like to overuse the “s.” So they replace it with a “c” and write defence instead of defense.

And strangely, they do pronounce zebra, zedbra. On that same note they say “shedule” for schedule. We sound the word as if it is spelled sk, and they focus on the sh. Anything spelled wick is pronounced “ick”. Never mind this is another column unto itself.

Continuing on the topic of spelling, there are words with similar spellings and pronunciations, but have slightly or entirely different meanings. For instance, an infant is a baby in the US.  She can’t talk or walk. Over here, an infant could be a school child up to age seven. Also, to Americans, a billion is a thousand million. To the English, it is a million million. Who cares? Editors!

This blog entry would be incomplete without mentioning those ugly words such as learnt and spelt that look like bad grammar, but they are very real. What we Americans call the perfect tense. These are the ones I can’t bear to speak or write unless forced by an English publication.  I do have to make a living here.

However, when left to my own discretion, I avoid such conjugations by a wide margin but once slipped learnt into an email to a learned girlfriend in Atlanta, and she was appalled. I haven’t tried since, not with a fellow writer.

Sadly, I do not have the hang of English pronunciations yet. I still say Warwick, the place in Georgia, not Warick. Get over it!

But I am caught up in their spellings. You only have to look at this website for evidence. Even when I am bound to American English, such as in my novels, I write pyjamas to the horror of my American readers. And centre. No wonder this column is a bit off center.