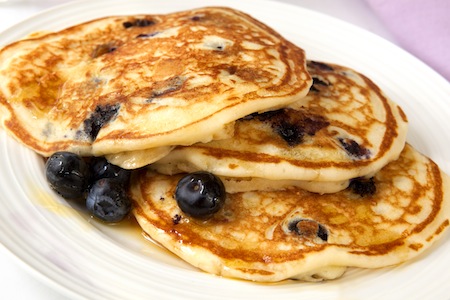 So what are you giving up for Lent? I’ll never forget the first time I was asked this question and who asked me. More than twenty-five years ago, when I had a fun stint as a petite model (anybody remember that), one of the more serious models posed this question.

Though a Christian all my life, I hadn’t a clue what she was talking about and shamefully didn’t let on. No Google at my fingertips in those days, I made do somehow, even if I didn’t understand it. Since, I have learned that Lent is the time during which some Christians (Lutherans, Catholics, Anglicans, etc.) give up indulgences, often food, for forty days from Ash Wednesday to Easter Sunday.

Now an Anglican, I observe Lent, even if my way of looking at it is simplified. And as we prepare for the season, I am struck by the many Britons, Christian or not, that are jumping on the band wagon so to speak to celebrate Pancake Day today, also known as Shrove Tuesday.

Over the years, folks have seized this opportunity to eat pancakes heartily in light of the abstention that they or others will practice until Easter Sunday. This might explain why recipes and tips for making pancakes have shot up in popularity over the last little while.  Some can be found in major newspapers and magazines.

Yesterday, while driving back from a meeting near Sloane Square, a radio announcer confessed, how his pancake making attempts went horribly wrong. One paper suggests that he use a recipe, any recipe. Just don’t mix in eggs, flour and milk at will, expecting to get edible pancakes. It’s not rocket science, is it? Any American knows that, even if we don’t make our own pancakes—more on that later.

The problem lies within the Brits idea of a pancake–a thinner, more crepe like food that is supposed to be a dessert.  No wonder there are so many flops.

For a sure shot, however, I suggest adopting American pancakes, be it for breakfast or for afters. And though this pancake loving expat has never made a pancake from scratch, she gets an excellent result every time. How? She resorts to a pancake mix.

Yes, it is mass produced packaged food, my dear trainer and all the rest who are gasping. Forgive me, if you will. Though I steer clear of such stuff as much as possible, pancakes are an exception. Hence, my stocking up on Aunt Jemima mix whenever I am in the U.S. Perfect, every time, whether I add blueberries or just enjoy them plain.

Now, I know Aunt Jemima may sound a bit stereotypical to some. I’ve had my say about this character over the years, too, but these days, this American favourite aunt deserves a bit of slack. If you ask me, she has kept up with the times. Most recently, she looks to have shed a bit of weight and has definitely splashed out on a soft, modern hairdo.

All she has to do now is cross the pond in volume, that is, and bring a bit of healthy competition with her. I don’t doubt that pancake mix, like many American specialty items, can be found in select shops, for a small fortune, which might be why folks in numbers haven’t caught on to this phenomenon.

In the meantime, however, what are you giving up? Me? Not pancakes, for sure. But as this is Shrove Tuesday, I’m at least in the know. Happy Pancake Day, to all!

Note: Shrove is taken from the word shrive, meaning to confess. Thus, participants traditionally confess what they need to absolve and spend the forty-day period of Lent, practicing abstention. 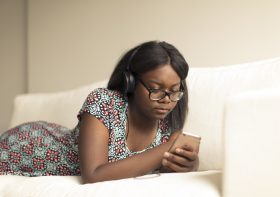