Going Forward to the Next Hot Spot 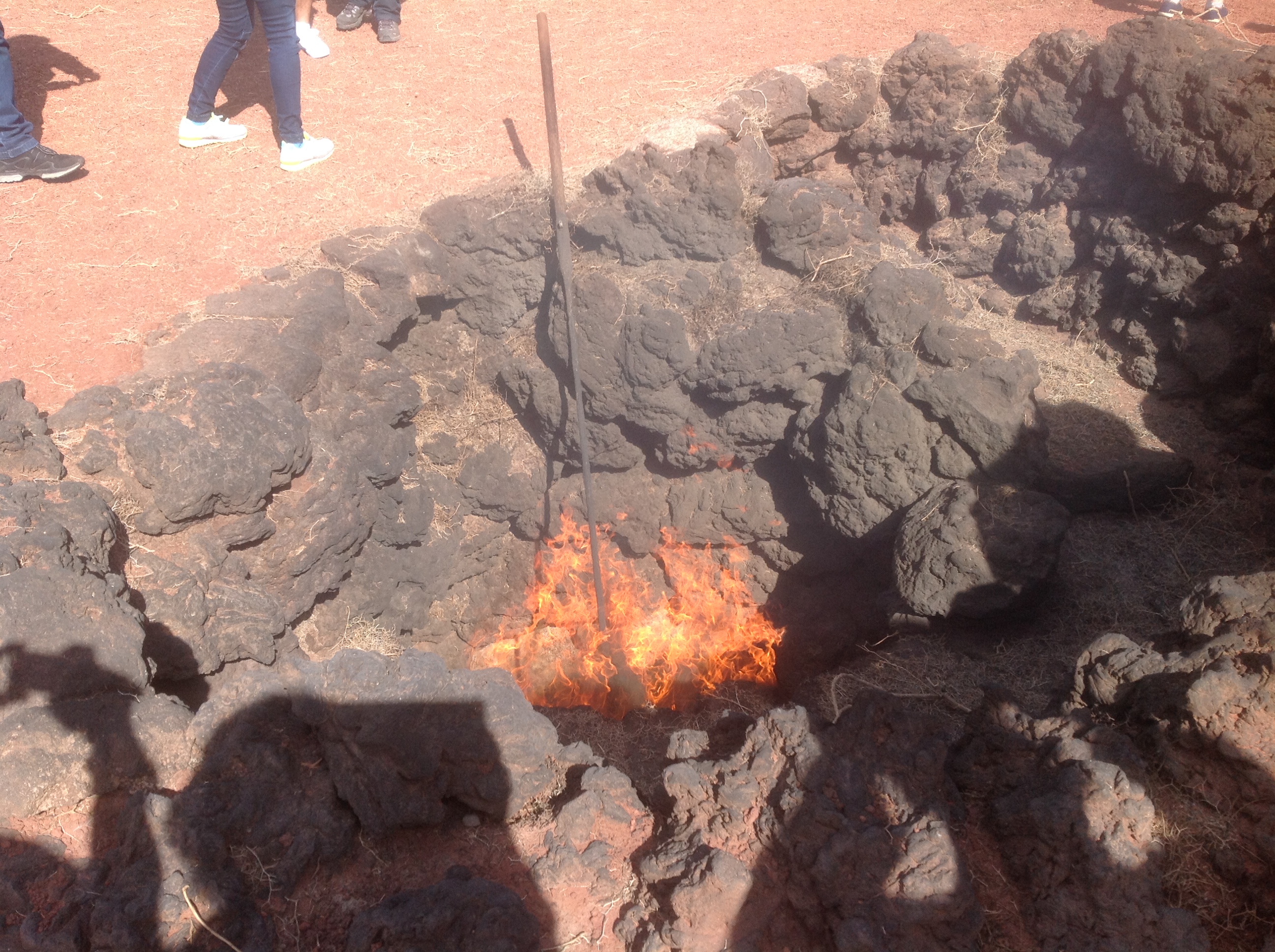 Somewhere along the way I got the idea that Lanzarote was one of Europe’s hot spots. Having spent a long weekend there recently, I must admit I have experienced hotter in more ways than one. Not only was the temperature a lukewarm 64 ˚F, the island wasn’t exactly budding with youthfulness either.

Still, it was hotter there than in the UK, which was about 34 ˚F when I made the comparison. On that note, I stopped wondering why the place attracted so many middle-aged visitors, and got on with enjoying it. After all, Paul and I fit the description technically.

Like the other Canary Islands, Lanzarote has volcanic origins. Located off the coast of Morocco, the island, owned by Spain, does offer some stunning scenery yet also some rough terrain, owing to its volcanic history.

As such we found at least one spot way hotter than others—Timnafaya National Park, where a volcano last erupted in 1824. There is home to Fire Mountains, known as Montañas del Fuego, created between 1730 and 1736 when more than 100 volcanoes, covering more than 50 km², erupted and destroyed this part of the island.

Although the last eruption seems eons ago, the park still has its devastated landscape, if you will, and temperatures only meters underground of 752 to 1112 ˚F.

As we stepped into the area for a fire demonstration, in which the demonstrator puts bushes in a hole, he handed us pebbly sand, if you will. Hot, let me tell you. And then magically, the fire started.

Prior to watching it grow out of nowhere, rather naturally, we had witnessed steam shoot from the ground like a geyser. And then later ate at the restaurant on site, which grills food from the natural heat of the dormant volcanoes.

Fun indeed but not the best food we had on the island. That was at our hotel, which surprisingly treated food intolerances as if they were par for the course. Remarkably each of their restaurants, at least the three we tried, offered gluten free options, as well as vegan and so on.

Certainly a hotter ticket in this area than anywhere else I have been in Europe, even London. Alas, Lanzarote still has a lot to learn about luxury from its fellow Spaniards and other European neighbours.

While it has plenty of Spanish charm, it could use a bit of an update, even the five star hotel we stayed at. Would I go again? Probably not but I might not go to Barcelona again, either, unless someone surprises me, and I absolutely love it there.

The point is the world has so much to offer. Why back track when you can go forward. So what’s the plan for Valentine’s Day? I hear there is a surprise on the horizons. Watch this space.