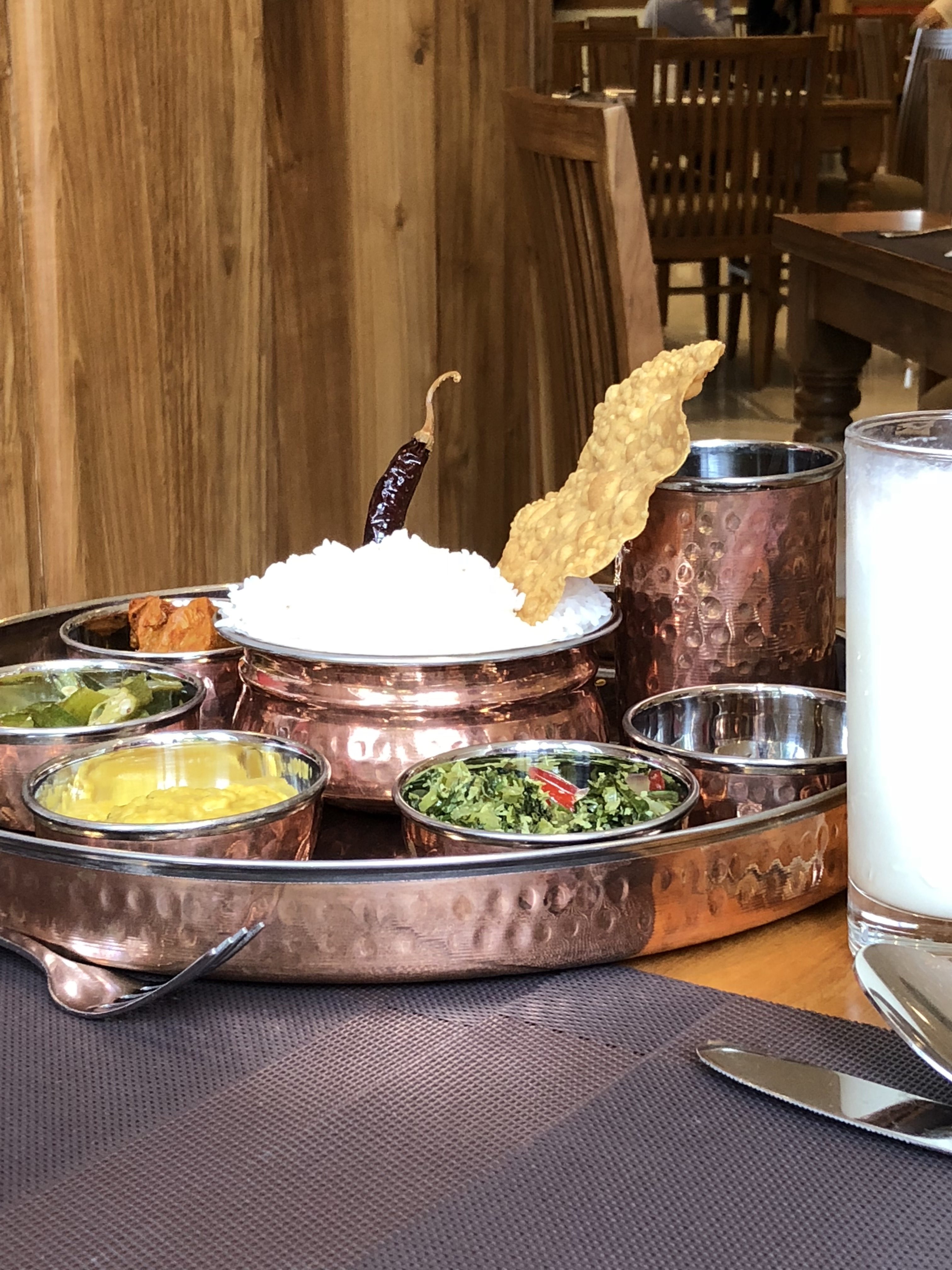 School years do whiz by and all the while talk about the future runs rampant—whether to go onto university, take a gap year, do an internship and so on. All good stuff. Still I firmly believe living in the moment is key, too.

This got me thinking about how to make experiences of today beneficial tomorrow and immediately, the topics of travelling and history came to mind, two concepts that are indelibly linked.

While travelling often feels like a light topic, something for fun, perhaps for a gap year and so on, history is a heavy one, recording the good, the bad and the indifferent. It is a topic that some love while in school, others find it hard to come to grips with. I have always fallen somewhere in between, a curiosity to know as much about the past as I could, quickly followed by a sense of information overload. Enough already, so there went my A’s.

However, as I got older and honed my research skills, my brain developed more of a tolerance for history—the more I knew, the more I wanted to know. And then I started travelling. And the rest is, well, history.

While I wanted to have a fun holiday or a good work experience, don’t misunderstand me, I immediately saw the benefits of getting to know a new culture, seeing life through the lenses of the locals, learning about their trials and tribulations, the things that shaped them, fashioned their history.

My first memorable experience of doing so was co-leading a group of students to the Philippines on what we called a work camp many years ago on behalf of my then employer Habitat for Humanity International.  Quickly, I learned the difference between living on the surface of an experience and delving into it.

Admittedly, I had never felt so far from my comfort zone that I wanted to run for the hills or rather for the city, the creature comforts, except for one night when I couldn’t bear to sleep outside all night on the grounds of a mall. Pathetic, if I must say so myself. But while I could leave my tent unpitched in Albany, Ga, I couldn’t do that in the Philippines and I am glad I couldn’t. It was the beginning of a raised consciousness, which instantly made me a more compassionate, more open-minded, more grateful person. In short, I became a better person and thankfully that betterment has continued.

All I was asked to do was live a certain way for a couple of weeks if that—no electricity, no running water, sleeping under mosquito nets, etc., when much of the world’s population has no choice but to live this way indefinitely.

Sounds like a bit of reality TV, doesn’t it? But it was and still is the real deal for many. Admittedly, I hoarded a lot of guilt to begin with, as if I had somehow contributed to the situation, but over time I have learned to turn that guilt into positive action in my thinking, my giving, my doing and not just when I travel.

But particularly when I travel, which I do quite a bit of nowadays, I make an effort to get to know the people. Make no mistake about it, I still don’t do camping and therefore cannot recommend it, but what I do, as I did in Sri Lanka, is to try to dine with the locals when possible, talk with them, contribute to the economy, represent humanity as decently as I can, learn something about their joys, their sorrows, their pains, their pleasures, share in them as and when appropriate, and it not only makes my holiday richer, but it has a bearing on my life experience—on theirs, on history.

Travelling in the Company of Locals

From singing solo in a church in Poland to eating live lobster in Japan, I’ve had some unforgettable experiences in the company of locals during my travels.

So what if I didn’t sing like Whitney Houston or believe the meal was really haute cuisine, I had an adventure in both instances that I wouldn’t have experienced were it not for my local hosts. I will never forget the horrified look on the faces of the audience when my croaky voice escaped my ever so pleasant face, and the joyous grin on my Japanese host’s face as I ate from the back of a lobster that was moving its tentacles.  It would have been rude to do otherwise.

Adventure and then some, right? In any case, they are both great stories.  I savour the memories of my travels with Habitat for Humanity International, not just for the work I was doing, but also for the local experiences. I always had a local host from the time I cleared immigrations to the time I returned to the airport. And what a difference it made to acclimatising and experiencing.

Without someone with inside information, I likely would have had a limited adventure, if only because I didn’t speak the language or understand the customs.

In at least one instance, which happened to be with the World Association of Girl Guides and Girl Scouts, having a local hostess was the difference in getting into the country and possibly being sent back to the UK or at least severely delayed.

I’ll never know. Anyhow, the point is that while exploring a foreign place on your own, which Paul and I often do, can be satisfactory; it can be extraordinary in the company of a local.

We’ve been to France more times than I can remember, a favourite place for a number of reasons—the food, the history, the nearness to England—and we always have a great time. This past weekend, however, we had an extraordinary time visiting Paul’s longest standing friend and his wife in Haute-Savoie, situated in the French Alps.

When he was eleven, Paul lived with Jean Pierre’s family as an exchange student. And Jean Pierre, of course, lived with Paul and his family reciprocally. The two men have kept in touch over the years, remarkable within itself.

Near Samoens, we sampled some delicious cider made by a quintessentially French cousin, took in some extraordinary views of the countryside, featuring traditional French homes, and ruins of alluring castles that are not on the tourist track.

Even when we visited Chamonix (where we’ve been at least once before), situated at the foot of Mont Blanc, we made new discoveries—a spot where the mountains, trees, and a small lake co-exist so harmoniously that it looks like a post card; a glacier that has metamorphosed over the years, shrinking in size, but is still breathtakingly beautiful.

The French appetite for life is magnanimous, not to mention their taste for food. Upon arrival, our hosts served up a traditional Swiss meal, Raclette, which is often served in Haute-Savoie, as well. Charcuterie, gherkins, perfectly boiled new potatoes, etc. are served with melted cheese, which happens before your eyes on a special hot plate.

Steeped in tradition, our hosts also dished up my favourite breakfast bread. Voila, croissants. Not to mention, the wine, but not for breakfast, and the much appreciated translations of the speciality dishes we sampled at local restaurants.

Admittedly, we had our first delightful meal before we reached our hosts, and though we found it adventurous to choose food without full knowledge of what we were getting (Paul’s French is limited, you know), we rather relaxed in the knowledge of our hosts and were, therefore, able to branch out, sampling fish that came from the local lake.

The lake. How could I forget Lac Leman, which is Switzerland’s largest land locked body of water but extends well into France? Well remembered it will be, along with our exploration of France in the company of locals.

All there’s left to do now is to brush up on my French. What French? Never mind. I’ll stick with the locals for a bit longer. 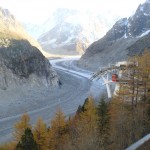 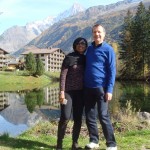