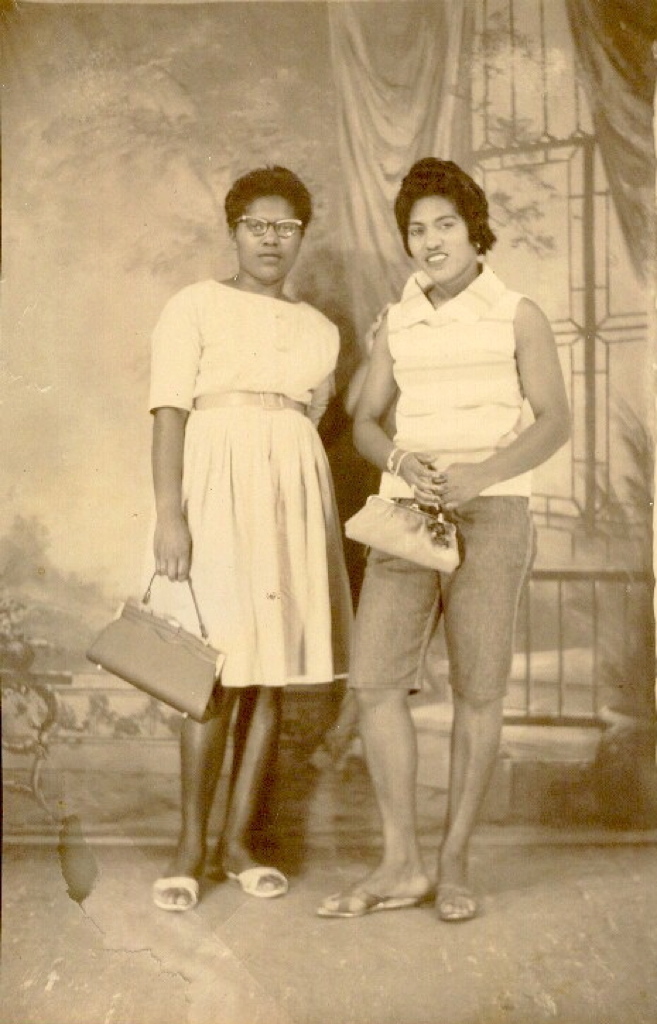 Gosh! It is has been far too long since I raised my head above the parapet. Nonetheless, head down, so to speak, doesn’t always come with negative connotations.

In my case, I have been working towards an exciting project to be announced in the coming weeks, which will no doubt bring us closer to you, our teenage girl audience, for whom we exist. In this closeness, our goal is to be there for you, for whatever it is that you need at this time in your life, which is a good segue to the topic —women who have influenced me positively.

Though UIO celebrates girls and women year around, Women’s History month is a wonderful time to reflect on the women who have influenced and shaped my life—too many to name in this space but I do want to highlight just a few, starting with the first women who set the stage for my life.

Of course, my mother took the lead on this, and in many ways shared this role with aunts and grandmothers, and other close women relatives and those in the wider community.  But out of this lot—it was my mother and her only sister, Dorothy, who I pay homage to today.

Without ever saying a single word, they both taught me lifelong lessons about being independent. It was all in the way they lived.  I, along with my siblings, called these women Tid and Auntie.  The latter name comes as no surprise to you but the affectionate name Tid—given to my mother by my oldest sister—determined what the rest of us would call her.

Though both Tid and Auntie are gone from this world, their footprints are stamped all over my life.  For example, Tid always worked, even when her generation of women were forfeiting work/careers for one reason or another.  Not Tid, she worked diligently both outside of the home and inside of it.  She never seemed to feel any ways tired, not that I could see.

Frankly, I am better for her influence. Though she was not delighted when I took off for New York at the tender age of 23 (my goodness),  it was in part due to her example that I had the the courage to do so. And then when all roads led to London, though emotions welled up again, she came to appreciate my independent spirit and must have wondered if she had anything to do with it.

Now that brings me to Auntie, who often, asked me where in the world did I get my courage to leave home and live in a place where I didn’t know a single soul—okay I knew one, Paul, of course, the reason that I upped and left the country.

You, I teased, reminding her that she had left Georgia, the only home she knew as a young woman to seek a better life in Ohio. So, what if she had the company of close kin for familiarity when she first arrived, she made her own life and still returned home to Georgia every chance she got.

As a little girl, I remember her sending me packages (coats, clothes) from afar and then the excitement of waiting for her to visit. She and some close cousins would drive for hours to arrive at our house sometimes very early in the morning or late at hight but no matter what time it was, Auntie looked refreshed.

Though I would often find myself wiping what little sleep I had gotten from my eyes as she exited the car, she exuded happiness and enthusiasm.

And when the two women got together, they exemplified togetherness, though they lived miles apart.

So here we are. I am miles apart from my own siblings and in some ways worlds apart too, but thanks, in part, to Tid and Auntie, I am thrilled to be me and have never shied away from an opportunity to step into independence.  And pre-Covid, you couldn’t keep me away from Georgia, remember!

Anyhow, independence and interdependence are inherently linked and no one has to say a single word about it. It just is and is influencing a whole lot of folks in the meantime.

Are you one of them? Do tell. Share your stories here.