Lifting the Cloud of Stigmas Over Mental Illness 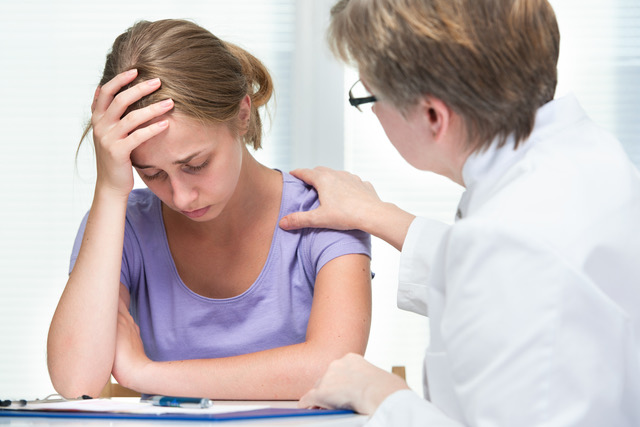 As a teen I remember knowing of a woman in the community who had some type of mental illness, specifically what I don’t recall ever being told. However, her illness was evident in the way she walked around in a muddle, sometimes ambling along and talking to herself. Hardly ever did I see her engage with anyone or anyone try to engage with her. The spoken or unspoken word was that she was crazy and that was the sum total of it.

At the risk of judging, I don’t remember anyone openly talking about what that actually meant and trying to help, but I do remember that she was stigmatised. Admittedly, she was sometimes treated with compassion but to my mind it was an alienated concern, if you will.

In my own experiences two of the communities that I belong to—the Christian and black American community—are making strides when it comes to managing mental and emotional health problems but there is still room for improvement.  People such as Derrick Hollie, President of Reaching America, are sharing their own experience in hopes of eliminating the stigmas and saving more lives. His father committed suicide at age 49.

Sadly, his story is not an isolated one. Over the last couple of years, the stories of young black men taking their own lives have seemingly escalated. In the area where I grew up, I have heard of three unrelated cases. And other cases of teen girls who have self-harmed or attempted suicide as well.

And while I know that emotional and mental health issues are human problems, not exclusive to the groups and communities mentioned here, there might be common denominators as to why certain people are slow to get help, though like all the other humans, they are inherently prone to mental and emotional health issues.

As mentioned above, stigmas are one barrier. People don’t want to be alienated or isolated or stereotyped, so they maintain that they are well and their emotional and mental problems become a part of their norms, not only impacting them but their family and friends, too.  And the downward spiral continues. In suggesting help a time or two for people who are really dealing with heavy problems, living in unreasonable situations, the response is often “I am not crazy” and as in the article mentioned above, their religious beliefs, which are meant to be helpful, can sadly hinder healing.

First, owning a mental or emotional health problem is not about internalising stigmas and as for prayer, I pray about nearly everything as I end UIO podcasts with a simple prayer. I firmly believe in its power to shift thinking, to open doors that feel firmly closed, including state of mind. But I don’t think prayer or religious beliefs should be used as a crutch or an excuse to lead a mentally unhealthy life.

Another impediment to seeking help might be denial. I function in my job and family, so I can’t be mentally or emotional unwell. Surprise, surprise, emotional and mental health issues come in varied forms—everyone doesn’t have manic depression or schizophrenia, diagnosed or undiagnosed, that puts them out of work.  Admittedly, however, one’s ability to function optimally is likely to be impacted, no matter what the problem. Though I have had health anxiety for years and at least once had to leave work without my supervisor’s permission., it was not taken seriously. Though my boss was compassionate, others coined me a prima donna.

Back then my health anxiety, as it was when I was a teenager, was called hypochondria, a term full of stigmas. In short, it suggests  ‘you’ve made the whole thing up.’  It wasn’t until I started to have full blown panic attacks a year or so ago, perhaps after my mother’s death, that I was diagnosed with health anxiety. Unbelievable how real the physical symptoms are and how the mind takes over. But knowing the real deal helps me to cope and manage the situation. And I don’t care if I ever hear the word hypochondriac again. It is misleading.

Finally, yet another hindrance might have to do with resources. Particularly in small towns or villages, you might find it hard enough wading through the stigmas and accepting that there might be a problem in the first place, but if there is no help on the horizon, you might say why bother. The short answer is: it is the difference between being healthy and unhealthy.

Nowadays there are trusted resources online to begin with, which might offer referrals. Note that I am not promoting self-diagnosis and self-treatment but here is what I am saying: when something is not right mentally and emotionally, get help as you would for a physical problem. A tall order perhaps for a teen girl but not impossible. Resources include parents and guardians, teachers and coaches and peers. And remember that treatment is individual, as it is  with a physical illness.  Anti-depressants, for example, are not necessarily right for everyone. I declined. But for others, they provide a reasonable solution under a physician’s care.

It is all about lifting the stigmas and finding the way to healthier thinking, healthier living. It’s all about you inside out. Stay Tuned for UIO: Coping with Undiagnosed Mental Illness with journalist and mental health campaigner Eleanor Segall, coming this autumn.