Why Do People Run? 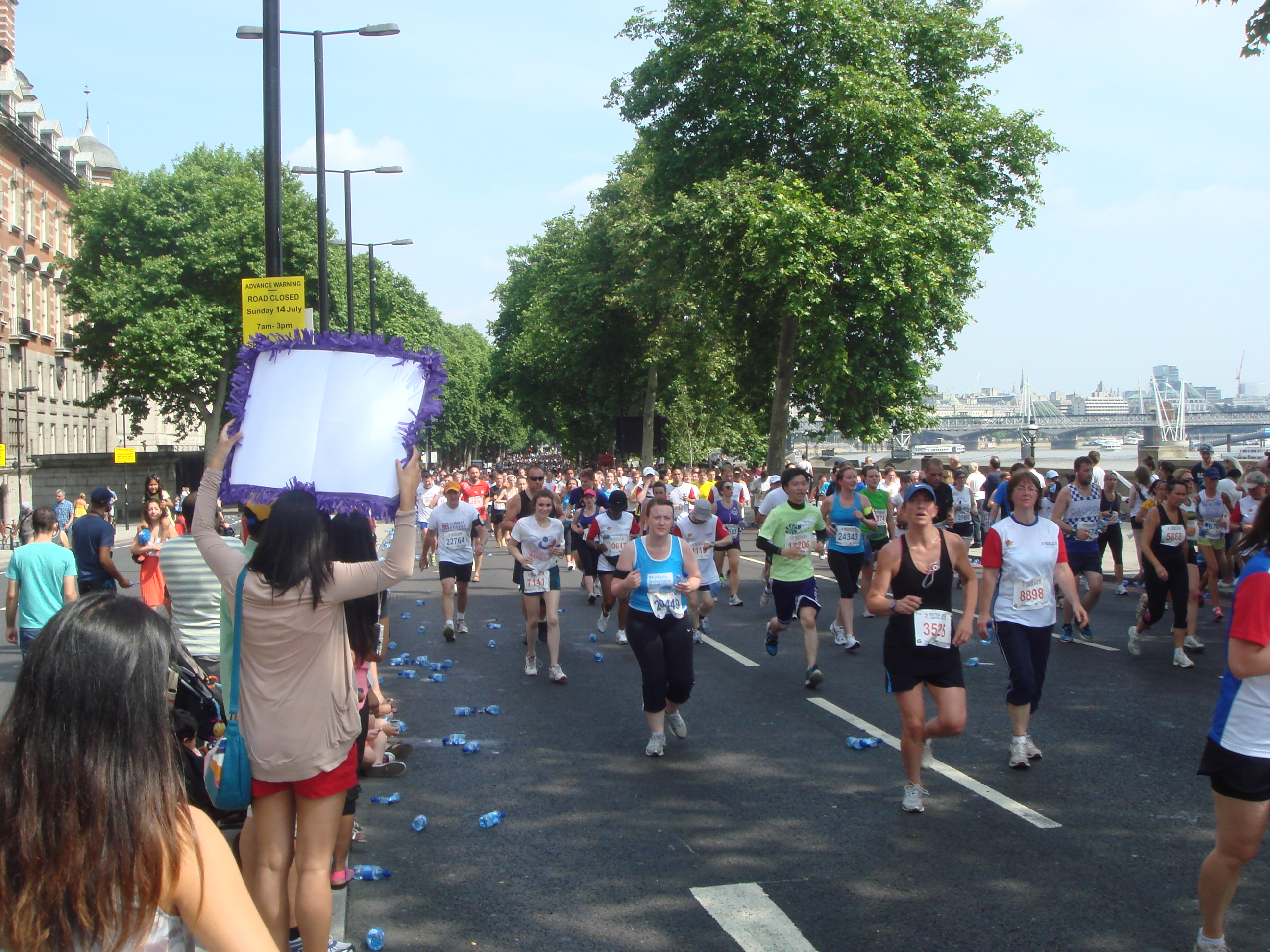 Good question but before I attempt to answer, I’d like to pay respect to the people of Boston in the aftermath of the marathon bombings and also to Baroness Thatcher, whose funeral was held today in London.

Now, back to the pressing question: why do people run? I have asked myself this very question time and time again.

This morning as I made my way through Battersea Park, the southwest gate just short of two miles from where I live, I heard the chatter.

Why are you doing this? Why? You are in the throes of pain, honestly. What is the point?

I shrugged the thoughts off and looked around and took in the scenery–the Thames ebbing and flowing to my left, other runners gliding by me to the right, the trees relaxing in the wind. And then I heard the voice of the RunKeeper coach, reminding me of how long I had been running, the distance I had covered and how fast I had done so.

Bingo! I remembered why–the 10K in July. But as quickly as the answer came, it went. There has to be a deeper reason. Still, I picked up the pace and made my way through the park. Just as I turned on Chelsea Bridge to exit, I saw my former neighbour and his two very lively dogs. Noticing the look of surprise and wide smile on his face, I gained steam.

Jogging in place for a few seconds, I told him that I had run from my new home.

“Good for you,” he said, and got a lurch from the dogs.

“See you again,” I shouted, moving on.

And no sooner than I had left him, I heard the question again. Why do you run?

This time I thought about Huraki Murakami’s What I Talk When I Talk About Running. Murakami has run countless marathons and intrinsically links it to writing. In short, he runs to accomplish a goal.

Then I remembered others who run. One friend started out during a difficult time in her life and has run several marathons since. Last week, she ran the Paris Marathon and this weekend will do a half marathon in Nice.

An acquaintance is running the London Marathon Sunday, even though her feet are begging her not to. Never mind, she did it last year and they held her up.

A friend who’d rather not run, now runs most days to clear her head, and another runs because it makes her feel good.

On that thought, I hit the 3.66 mile marker, my best distance set on Monday, and I wanted to feel good but I felt bad, really bad. I wanted to stall but before I did, my music revved me up.

As I sang along with the sisters, I recalled the end of my early running career. A sprinter, I could outrun almost anyone, boys significantly older and so on. But as a teenager I entered a race at school but never ran it. On your mark, get ready, get set, go! I did not go.

Since then I have been stalling. Though I have played at running over the years, I’ve never gotten beyond three miles.

As I turned to cross the Albert Bridge, I glanced over my shoulder at my former wider neighbourhood and smiled. Before I knew it, I was back on the South Bank, heading home. Admittedly, I stopped two times and paused the RunKeeper app. But when it was all said and done I had run 5.4 miles. My pacing, well it was awful but still I felt proud.

Why do I run? It has to be to keep on moving ahead. Why do you run? Feel free to share your answer to the pressing question here.