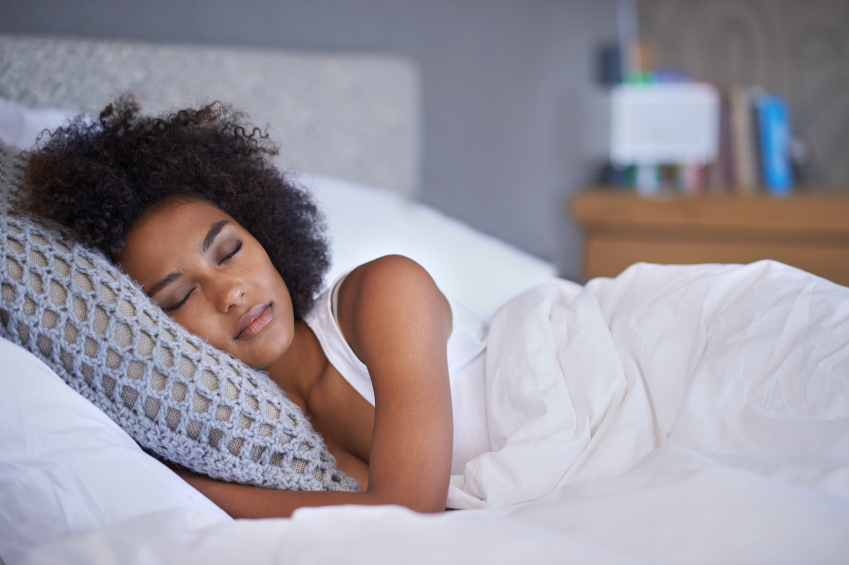 How exciting it is to be a part of the buzz around the importance of getting enough sleep. Yesterday we released our first ever podcast on the topic of sleep, UIO: On Sleep with Dr Nerina Ramlakhan.

While I am proud of all of our podcasts, I am especially excited about this one as it has the potential to help so many people, teenage girls and the rest of the family, too. It is brimming with hot tips and great advice on how to get good sleep, meaning sleep that refreshes and heals the body.

That’s right, though sleep might not be a cure-all, for all of our troubles, it is an important, natural resource, if you will, for prevention and intervention of physical and emotional health problems.

A few months ago, I tested this view for myself, though unintentionally. The night before I was due to appear as a guest on the Victoria Derbyshire Show, I did not get a wink of sleep.  Not a wink. An old pro, if you will, at media relations, I couldn’t understand what was going on and tried everything I knew to get a few winks in.  I read relaxing books, moved myself from the bed and then to the guest bed, meditated and prayed and all the rest. Still no sleep.

The next morning, I got out of bed as though I had slept. After happily showering and dressing, I made my way to the BBC’s studios and worked really hard to insert myself into the conversation about the rise in teenage girls and young woman having cosmetic procedures and in some instances surgery.

After all, UIO had just released its Wait Awhile research, which agreed with the findings of so many other surveys. Thus, I wanted to get the word out. Not to mention the pressure I felt from having a publicist just outside of the studio doors.  Gulp! I succeeded.

Anyhow, after the show I met Paul for lunch to celebrate my achievements and shortly before lunch ended, I started to fade a bit, but I fobbed it off, thinking I will just get home and get in the bed. This can’t be that much different to jet lag.

Wrong answer.  By the time I made it home, I felt like I had been hit by a train, beyond feeling nauseated, and barely made it into the house and into to the toilet.  There I found myself in a pool of sweat, feeling deathly ill, though this feeling washed over in about ten minutes.

So glad I was able to get up from the floor and make my way into our bedroom, I thought I would just drop off to sleep.  Wrong answer and when I did get up, I had another problem—a bladder infection.  As I was in no shape to take myself to the doctor and Paul was not home, I made an appointment for the next day and commenced to hydrate myself, even if it meant pain.  Only then dd I realised that I needed to plan to ensure a good night’s sleep, as my body felt wired, like it was never going to sleep again.  Foolishly at lunch, I had a glass of wine—just one!

After deep thought, I decided to go for a run and afterwards come back and have a soothing bath and then read a favourite book. I have several stacked by my bed for times such as the one I was experiencing.

Anyhow, it worked. I relaxed and at last fell asleep and slept the night away.  When I awoke at 7 am, I felt like a new person.  And the bladder infection was history, too. Still I hightailed it to the doctor later that afternoon, just to be sure. Voila! I was well again and all it took was good sleep, having been deprived of a full night of it.

Every situation won’t be as extreme as mine thankfully, but the point is sleeping is integral to well-being. You don’t need to lose a full night’s sleep to feel sleep deprivation.

To this end, Dr Ramlakhan stresses that sleep preparation starts well before bedtime. Surprisingly, what you eat for breakfast could have an impact on whether you get a good night’s sleep or not, as well as what you eat throughout the day. Napping comes into the picture as well and of course, managing use of social devices.

If only I could wind back the hands of time to January to the day before I was due to be a guest on the Victoria Derbyshire Show—I would have been prepared.  Never mind, I am now and thanks to UIO: On Sleep, you can be prepared too.  Listen on Apple podcasts or where ever you listen to podcasts.

Out With Caution And In With Compassion and Care 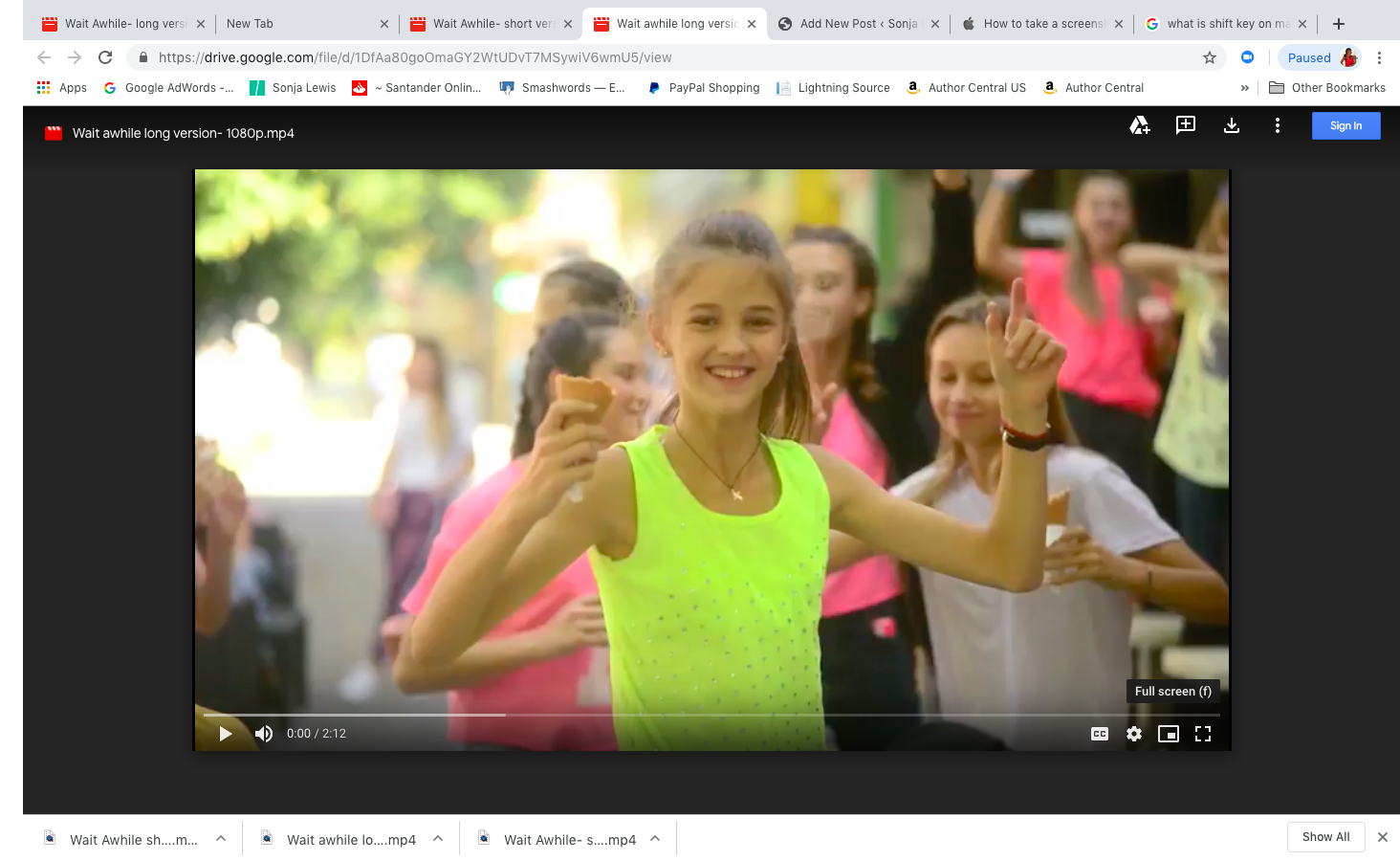 In a catch-up, warm-hearted conversation with two longstanding friends yesterday, my cup ran over with excitement as I told them about the launch of our Wait Awhile video, released yesterday.  The video has already, at least for me, infused new life into the initiative, which was only born in February.  So eager to nurture that life, I was poised for an insightful conversation.

And when the questions rolled in: what is it really about, why are you doing this, etc… I rose to the occasion with ease, focusing on the concerns about the narrowing gap between being a girl and being a woman and what UIO podcast is doing to support girls in reclaiming their teenage space.

And then I made an invalid point that has niggled me throughout the night, and has somehow found its way into this blog, offering an opportunity to not only set the record straight, but also to put my own mind at rest on the matter.

Anyhow, the comment went something like this: you have to be cautious about these things, how you make your points nowadays.  One of my friends hopped right on it and told me rightfully so that my caution didn’t make sense when it comes to our Wait Awhile initiative.  Why can’t you just make it clear that whatever it is you are talking about, whether that’s sex or cosmetic procedures, that it is premature. Mine, of course, is a paraphrase but makes the point.

How refreshing, I thought, and though not defensively but rather quickly pointed out that if I was doing an interview or writing a blog, I would and do cut right to the chase. But when dealing with a marketing tool, one has to open the door so to speak.

In my mind’s eye. I wondered why I had said that when UIO podcast is built on straight talk, coming straight from the straight talk queen of the year. Me. Me.  Just ask my youngest niece, she’ll confirm.

Though it can be painful sometimes, I do work hard to tell it like it is, particularly if it is a serious matter where the health of teenage girls is at risk. And I have quickly learned that there is a difference between sugar coating and handling with care. I tend to think that UIO podcast, inclusive of Wait Awhile, handles these challenging issues with care.

Our new video is a perfect example of laying out the concerns and facts and looking at why Wait Awhile exists in the first place.  It is not as much about caution as it is care.

In the meantime, my other friend followed up with the question of how do you engage young people on such tough subjects without turning them off?  For example, if having cosmetic procedures has become a norm, why would girls decide to wait awhile.

That’s when our podcast for teen girl’s slew of wonderful guests popped into my head. Often with honesty and openness and based on their own experiences and expertise, our guests are able to shed great light on dark topics and of course, there is our recent research study that states the facts, as well as many other research studies that are concerned with both the physical and mental health of teenagers, girls and boys alike.

Reflecting on my time with my two dear friends, I was reminded that our video, like our podcast, is a communications vehicle that raises concerns and cautions for us all in our ever changing world, and offers platforms for insight and debate on the topics, but the key has been and always will be addressing the points as openly and honestly as possible and remembering it is not so much about being cautious about what we say but saying the truth with deep compassion and care. See the video on our website  or via  YouTube here .