Running for Lessons In Life 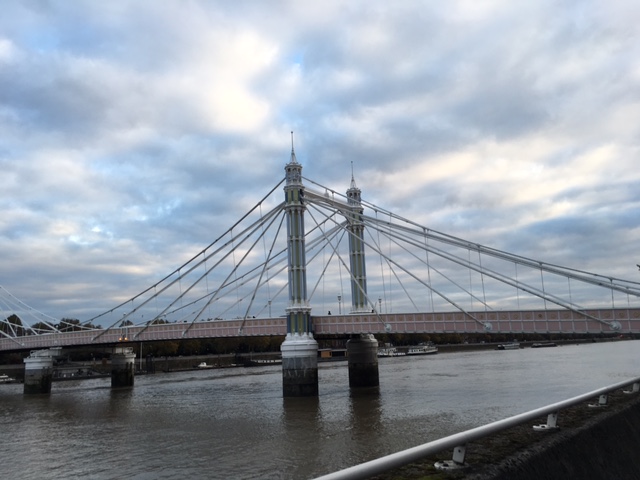 Running three times per week is a big part of my lifestyle nowadays. When and if I can’t get do so, I am greatly challenged all day, sometimes all week. My mojo seems to fizzle. But doing so gives it back, brings me all sorts of joy and admittedly some pain, the latter when I am a bit out of my rhythm for some reason or another. But usually a bit of stretching sorts me out.

Anyhow, the joys are extraordinary from feeling the freedom of movement, of agility, to people watching, which some times leads to inspiration and other times to commiseration, like the time I empathised with a school girl who simply could not keep up with the rest of the class. If I could have carried her on my shoulder I would have. Anyhow, here lately, I have turned to exploration, if you will and even animation.

Earlier this week, when I stopped to stretch, overlooking the Thames, I saw two abandoned, rather shiny, bicycles, one green and one red, and was sure the police would descend upon the area any moment to catch some thieves, perhaps. Two much crime drama, right! Anyhow, as I continued to stretch, a lovely doggie decided to stretch alongside me, much to his owner’s irritation. Only when I became a bit more animated and suggested that the animal wanted to stretch, too, did he affirm with a friendly bark, and move away with his owner.

What great joy! But there is more. This morning as I watched a slow poke, plod by me, I, involuntarily, I might add, shot off to overtake him, and leave him in the dust. I simply could not cope with the thought of running at such a pathetic pace.

Minutes later, out of steam, I nearly collapsed on a bench to be reminded of one of life’s lessons that running teaches—Keep to you own pace. Huffing and puffing and regaining my breath, I remembered some others worth mentioning:

That’s what I did when the slow poke, mentioned earlier, jogged by merrily. Right, steam on; I fell behind and settled into my own space, I mean pace. And presto, I had my mojo back.